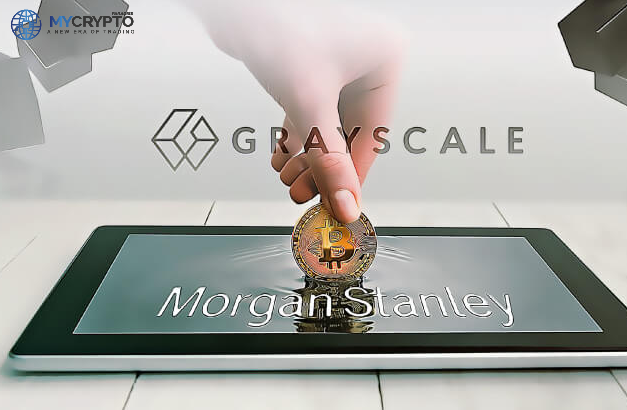 According to a filing with the Securities and Exchange Commission (SEC), Morgan Stanley owns numerous Grayscale’s Bitcoin Trust (GBTC) shares. MacroScope, a pseudonymous market analyst, announced the news on Twitter.

As per SEC filings, approximately 30 Morgan Stanley funds own significant quantities of GBTC stock. Morgan’s Insight Fund seems to be the largest, with approximately 928,051 Bitcoin valued at about $36 million (BTC).

Morgan Stanley revealed a significant stake in the GBTC through their Europe Opportunity Fund on June 28th, 2021, when Bitcoin was still trading in the low $30,000s.

The bank held 28,298 shares, according to Bitcoinist. The investment was about $1.3 million, which is a tiny sum compared to today’s filings.

MacroScope anticipated at the time that the bank would reveal its Bitcoin exposure via an investment product.

A few months ago, the banking behemoth became the first U.S. financial institution to provide its customers with access to Bitcoin money.

Morgan Stanley and others turn to Bitcoin

Morgan Stanley has been investing in crypto-based firms in addition to its substantial stake in Grayscale Bitcoin Trust. In April, the bank increased BTC holdings via the use of 12 investment vehicles.

In addition, the bank was a significant investment in the Coinbase-backed crypto business. Securitize, a blockchain-based platform received a $48 million Series B financing round headed by Morgan Stanley.

Every major bank in the United States, including Wells Fargo, JP Morgan, and Goldman Sachs, seems to desire to increase its Bitcoin exposure via various ventures.

Coinbase, a popular crypto exchange, has benefitted from this interest, as JP Morgan and other big investors have bought vast amounts of its shares.

Morgan Stanley’s filing today may spark a fresh wave of adoption, comparable to the one that sent Bitcoin’s price into unknown territory at the start of 2021.

At the time of writing, the top cryptocurrency by market size is trading at $48,825 with a daily profit of 1.1 percent and a weekly profit of 9.6 percent.