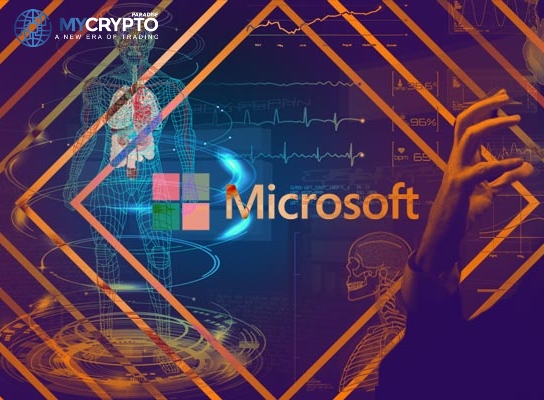 Multinational technology company Microsoft Corporation has filed a patent for a system that will mine cryptocurrency with the power of the human mind. The property rights request is according to documents obtained from the World Intellectual Property Organizations.

The tech giant Microsoft named the patent “Cryptocurrency System Using Body Activity Data.” The system will replace the need for expensive ASIC or up-to-date GPUs that are currently necessary for crypto mining.

The idea behind this invention is that the human body generates energy that is lost with every human activity. Following this fact, Microsoft wants to harness this energy and direct it to the mining of cryptocurrency.

Microsoft’s Crypto Mining System Will Work Like Wachowskis’ “The Matrix.”

Microsoft’s crypto mining system will be similar to that of Wachowskis’ “The Matrix.” Here, a user connects sensors to different parts of their body and proceeds to perform various activities either consciously or unconsciously. The sensors will recognize the specific stimulus and proceed to process a reward for the user.

The same reasoning shall apply to Microsoft’s “Cryptocurrency System Using Body Activity Data.” The sensors are programmed to recognize activities such as watching an advertisement or using an internet service. An external entity shall provide the tasks for the user to perform with the target stimulus. The stimulus that the sensors look out for could be in the user’s body fluid flow, organ activity, or movement. When the target stimulus is manifested, the sensors will initiate the mining process and reward them with digital tokens.

The tech giant went further and added a feature that will detect if the user performed the task to completion. According to the patent’s graphic, the block generated at the beginning of the task will be discarded if the user stops performing it.

Microsoft’s Crypto Mining System Is A Solution to Environmental Concerns

Multinational technology company Microsoft wants to truly take what technology can do a step further using this system. With so many cryptocurrency critics focused on its energy-intensive mining process, the tech giant’s invention could be the long-awaited solution.