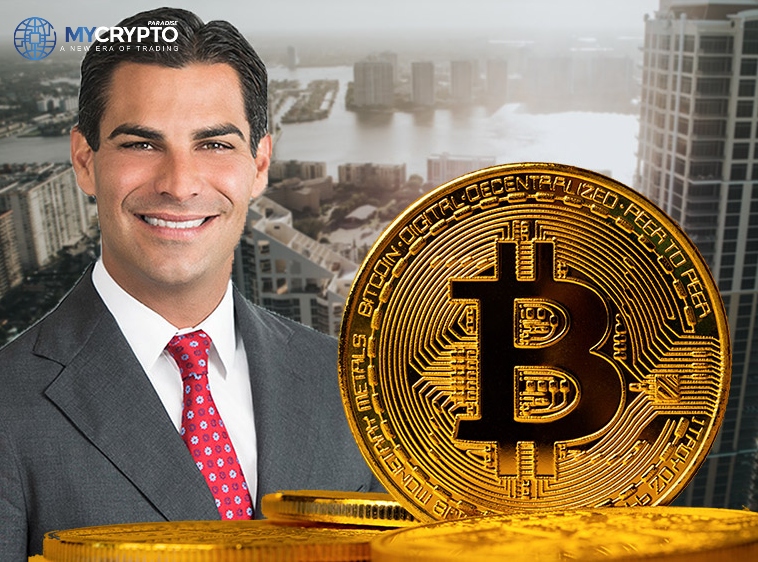 Mayor Francis Suarez of the City of Miami has revealed he is envisioning payment of salaries using Bitcoin and other cryptocurrencies in his county.

The crypto enthusiast lawyer is championing the adoption of blockchain and related cryptocurrencies. Besides he also suggested that all taxes and service fees would as well be paid in crypto.

The city of Miami, for this reason, stands as the most crypto-embracive city in the US. The mayor has gotten the crypto world excited and keen to follow in the city’s attempts to dominate cryptocurrencies.

Mayor Suarez has also hinted at incentives to include a 1% of the city’s treasury reserve in Bitcoin. In fact, during his next electoral campaign, he plans on raising funds through Bitcoin.

The Rush On Crypto

The cryptocurrency market has incredibly shot up to a value of more than $300 Billion since the start of 2021. Bitcoin alone has maintained a steady trajectory to its all-high price this week of $41,500. The crypto business is an undoubted profit hub. Numerous asset management companies, high-end individuals, and mutual funds have acquired assets and are now investors in this highly coveted market.

Policymakers in the US are getting more and more open to the idea of a virtual financial market. Cynthia Lummis, especially, is as passionate about the crypto business just as much as Francis Suarez. The Wyoming state senator believes that had blockchain been used to issue Gamestop stocks, mainstream investors would own their stocks as opposed to a broker. Under blockchain technology, trading channels would not have been able to block retail traders from purchasing stocks just because the prices have been driven up past a certain margin.