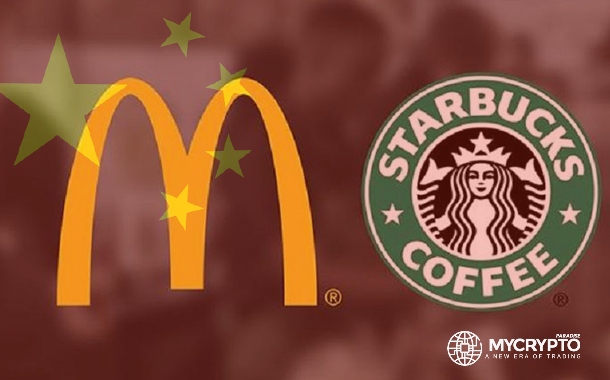 The yet to be launched Chinese central bank digital currency (CBDC), was reportedly stated that it is to undergo testing. Up to 18 retail outlets were selected for the process. Among the selected retail outlets have been reported to include Starbucks and McDonalds.

As per the development plans for the new district, Xiong’An. They had their Bureau for development and reforms take an active part in the test for the CBDC in the need to adopt the digital currency for electronic payment (DC/EP).

Leaks from reliable sources indicated that the digital Chinese yuan launch is underway and the commercial banks have already developed application wallets that will enable transactions to be carried out for the yuan.

From a meeting held in Hebei province, it is reported that it involved representatives from the following organizations and firms;

The official date of commencement of the program has not been clearly stated from the reliable sources or even the duration it is expected to last. It has however been confirmed that the subway, Starbucks, JD Supermarkets within the region, as well as McDonald’s will take an active part in the test of the new digital Chinese yuan.

CoinDesk made attempts to reach out to the government agency responsible, for reliable information on the same. However, the government is quite reluctant on giving clear date on when the new digital Chinese Yuan will take effect.

A report as well stated that the Chinese Agricultural Bank had as well developed the user wallet, and is ready to take part in its testing. Their user interface illustrated the mechanism through which the new digital currency would be transacted.