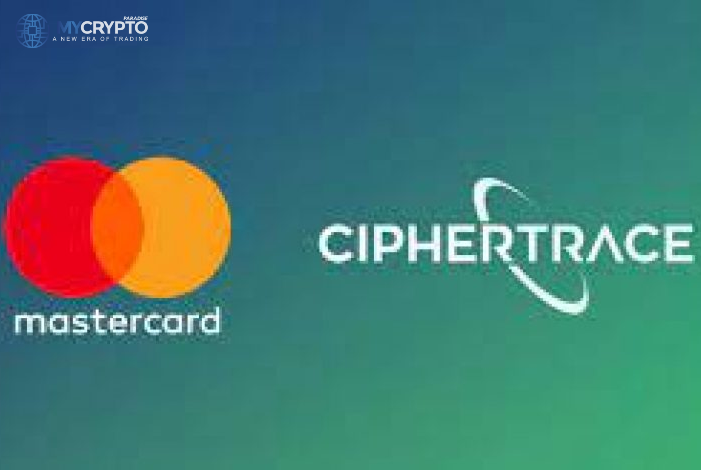 Given the company’s latest action, Mastercard’s emphasis on crypto and digital currency seems to have taken on a new dimension.

According to a press statement released on Thursday, the global payments behemoth has agreed to buy CipherTrace, a blockchain intelligence company with crypto forensics capabilities for over 900 cryptocurrencies.

The purchase was not revealed in detail, but it illustrates the recent growth in the crypto tracking industry as governments and institutions seek to increase surveillance and compliance.

Mastercard intends to incorporate CipherTrace’s operations into its cyber security solutions for digital assets as part of the acquisition.

According to the statement, Mastercard will integrate its cyber capabilities with CipherTrace technology to distinguish its card and real-time payments infrastructure. The agreement will enable Mastercard’s customers and partners to embrace digital assets while remaining compliant with financial regulatory requirements.

Ajay Bhalla, Mastercard’s cyber and intelligence head, commented on the purchase, saying that the development of the crypto industry has forced the need for trustworthy and secure operations.

Indeed, Mastercard has been active in the crypto and blockchain investing space, forming agreements with central crypto primitives like Gemini and BitPay in the crypto credit and debit card space.

Mastercard’s CEO said in July that the firm needs to develop a significant footprint in the crypto sector. The payments behemoth announced intentions to become the de-facto testing partner for stablecoin and central bank digital currency initiatives at the time.

The purchase of CipherTrace, a key participant in the crypto forensics space, maybe aimed at increasing engagement with central banks and stablecoin issuers on digital currency issues. Crypto.com revealed intentions to incorporate CipherTrace’s “Traveller” technology into its compliance toolkit, as previously reported by Cointelegraph, to ensure compliance with the Financial Action Task Force’s “Travel Rule.”