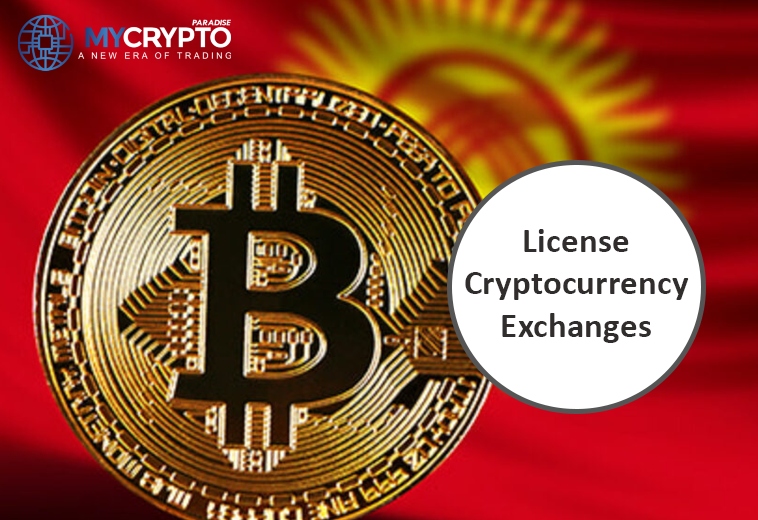 Kyrgyzstani National Bank (NBKR) in Central Asia has plans underway to authorize crypto exchanges in the country, according to Tazabek, a local Kyrgyz publication. The news hit the headline at a time there is overwhelming growing interest in digital assets.

Tolkunbek Abdygulov, NBKR chairman, said that licensing crypto-exchanges in the country safeguards local crypto investors. He said that the regulatory initiative would give investors protections similar to those used in traditional currency.

Abdygulov explained that NBKR aims at creating a favorable market condition for Kyrgyz Republic citizens. They will be operating such that to buy tokens, you just visit an exchange. After making payment, you are guaranteed to receive your crypto coins. The license is to be issued to the exchange operators to undertake the trade.

According to Abdygulov, involving legal matters in the trade will abolish fraud activities. He referred to exchange platforms with NBKR licenses where you can buy or sell foreign currencies without the risk of losing your money. The same will be installed in crypto exchanges.

Abdygulov went ahead to warn on the volatility in this investment nature on the risks involved in the crypto world. Abdygulov explained how Bitcoin could rise to a $50k value, and the next day it dunks to less than $20k worth, making you lose money. He concluded by emphasizing the risky nature of the trade.

Following in the steps of other countries

The National Bank of Kyrgyz Republic is copying other countries that have licensed crypto exchanges. These countries include Japan and Thailand, which have made licensing of crypto exchanges mandatory. The UK made a rule for crypto-dealing platforms to officially register themselves.

The Kyrgyz government brought forward a crypto draft bill in November last year. The regulators followed in presenting two bills for public discussion in January 2021. Kyrgyz lawmakers are projected to have been through with the bills before the end of 2021.

Kyrgyz is also looking to regulate crypto mining, although, so far, the country has not established any associated regulation.