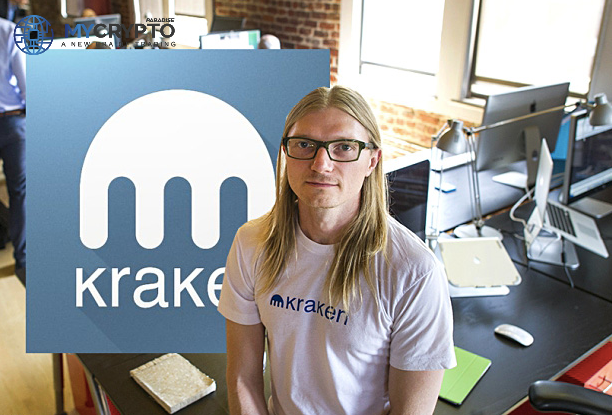 CEO and co-founder of crypto exchange Kraken, Jesse Powell, has revealed that the Coinbase competitor plans to add and remove some coins from its platform.

In an interview with CNBC’s “TechCheck”, Powell went on to share his thoughts on what the competitor field currently looks like, as well as, the coins the exchange will list or takedown.

Coinbase, Kraken’s major competitor, recently announced its plans to move into the NFT market. In the interview, Kraken co-founder Jesse Powell was asked whether the exchange would be following the same route.

Kraken, according to Powell, is on the contrary more interested in staking and parachain options. Additionally, the Coinbase competitor will be sticking to the traditional payment vehicles such as stock trading, ban services, and others. Despite these differences, Powell believes that all exchanges are converging to a similar feature set.

As for whether the exchange will be taking down some cryptocurrencies, Kraken CEO Jesse Powell assured us that this will not be so. Due to increased regulatory scrutiny, exchange platform Robinhood announced that it will not be taking new coins.

Crypto exchange Kraken, on the other hand, is confident about its robust admission process. From the process, Jesse Powell believes that no coins already on the platform will be taken down.

Regulatory Clarity for Cryptocurrencies May Take a Long Time

Robinhood also stated that it is awaiting regulatory clarity before listing new coins on its platform. The move is to avoid having to take down coins that do not adhere to the provided regulatory guidelines.

Kraken CEO Jesse Powell sees this as a delay that may end up being too long. According to Kraken’s co-founder, regulatory clarity on cryptocurrencies may come after a long wait. He adds that some people and businesses have been waiting for a decade now.

Since the cryptocurrency ecosystem is fairly young, entrants should accept the existence of a grey area that regulators are in no hurry to clarify. Kraken co-founder Jesse Powell believes the utility of cryptocurrency should be enough to stop the worry of worst-case scenarios.