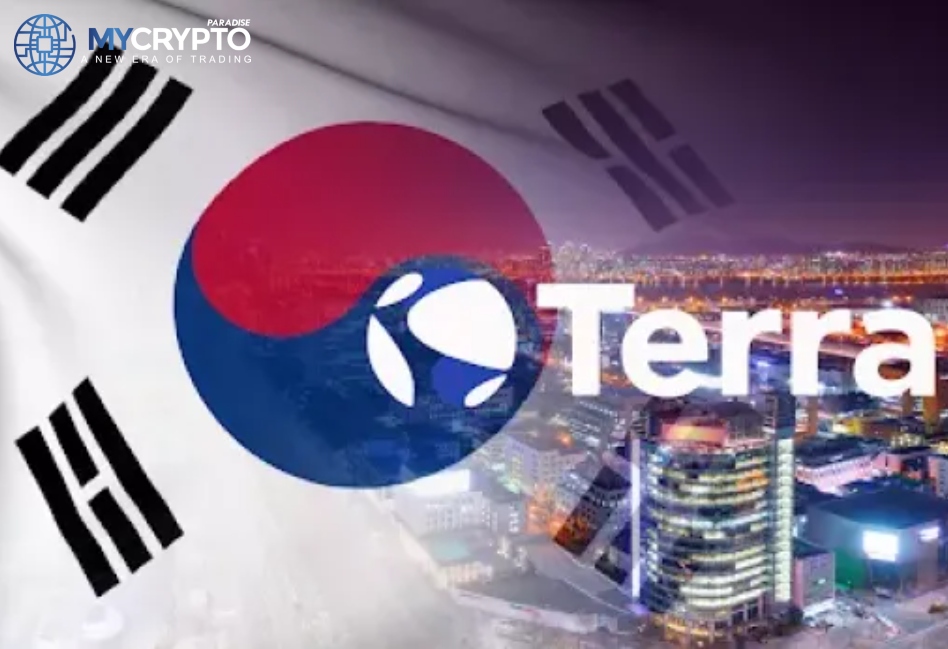 The LUNA ecosystem is facing yet another squabble with law enforcement. In this instance, it is with the Korean Police.

Terra crash has prompted MyCryptoParadise to offer special discount for affected traders on its Binance, Kucoin and Bybit VIP membership; use our promo code BESTSIGNALS20% to get a 20% discount on your VIP membership, you will have a personal trading expert who will assist you in all your trades.

Exchanges are under no Obligation to Freeze LFG’s Crypto Wallets

The freeze order is from an inquiry launched by the Seoul Metropolitan Police Agency’s Cybercrime Investigation into the possible embezzlement involving an employee of Terraform Labs. The evidence suggests that the perpetrator might have moved the stolen funds to LFG’s crypto wallets.

Since the authorities plan to go through the details of cash and crypto transactions of Terraform Labs and the Luna backbone LFG, freezing the accounts is a sine qua non to prevent fund transfers amidst the probe. Some of the crypto exchanges that are the direct targets of the request are Upbit and Bithumb.

Although the authorities have clarified why it needs Luna Foundation Guard’s accounts to be frozen, the crypto exchanges are under no legal obligation to do so. It remains unclear if they choose to collaborate with the South Korean police or not.

The Slew of Controversies Following LFG

The investigation is the latest of the slew of controversies following LFG. Recently, the LUNA backbone was accused of tax evasion and 100 million worth of penalty controversies. The South Korean police unit, the “Grim Reaper,” is after Terraform Labs CEO Do Kwon for tax evasion and other financial crimes.

The TerraUSD (UST) stablecoin collapse also fueled the investigation into LFG. Reportedly, Terraform Labs lost $30 billion from the founder. Critics came for LFG, blaming it for backing UST’s peg using a war chest of billions of dollars in Bitcoin, which ultimately did not work.