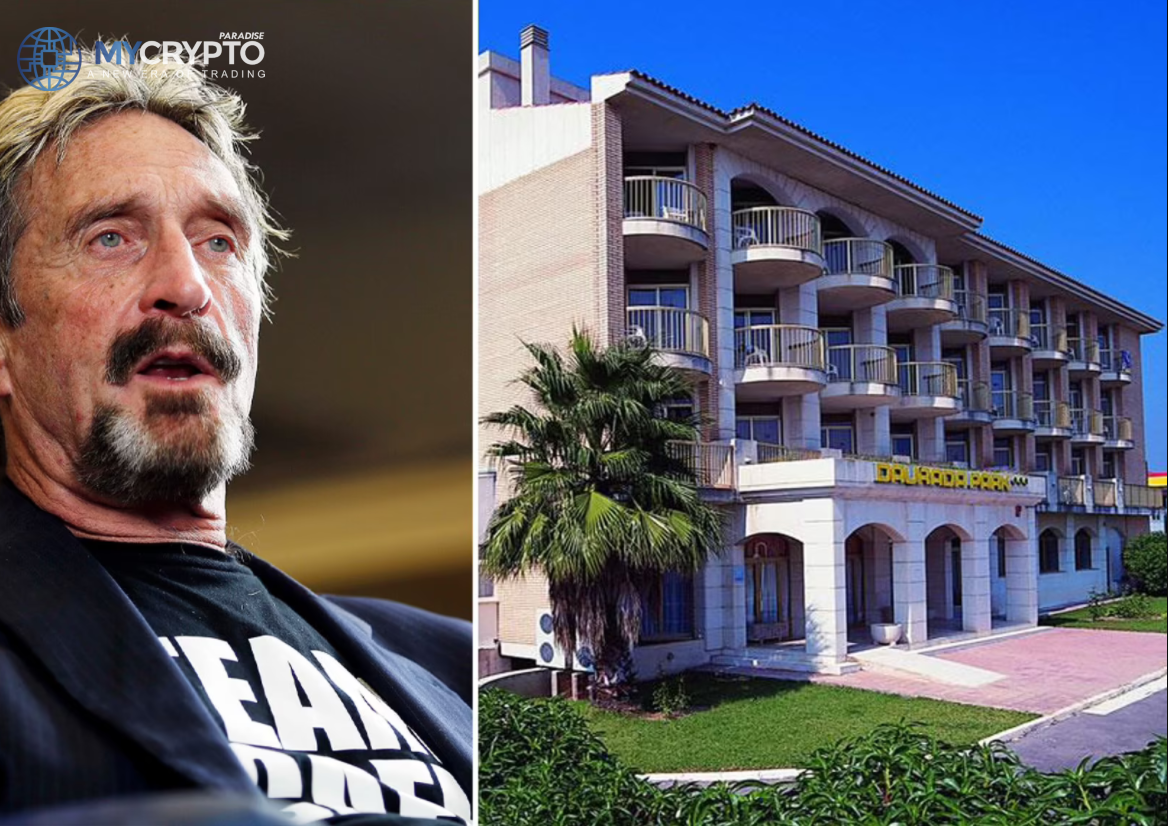 After news of the death of antivirus software pioneer John McAfee broke, internet sleuths went digging to unearth unknown facts about him. Barely a week later, has John McAfee’s hideout before his arrest come to light as his secretive bitcoin mining firm.

Antivirus tycoon McAfee was apparently in Spain despite alleging differently through his social media posts. Through clues left by McAfee, internet sleuths have narrowed his location to Daurada Park Hotel in Cambrils, dubbed the “ghost hotel.”

Daurada Park earned its infamous name from reports that it was nearly impossible to make a booking there since there was always no one to pick up the phone. Tripadvisor only has a few reviews of the hotel with the latest one being in 2017.

It is alleged that a Russian businessman bought the hotel and was running a secret bitcoin mining farm in its basement. Once, authorities raided the hotel and discovered the bitcoin farm. News outlets provide different reasons for the raid.

One story claims that a hug laser pointing to the sky alerted authorities and hence the raid. Another theory is that the Catalan police suspected that the hotel was being used as a brothel. Nonetheless, all stories conclude with the discovery of the bitcoin farm. Since cryptocurrency is still an unregulated sector in Spain, the Spanish authorities failed to shut down the hotel for valid legal reasons.

The internet sleuths went all-in in their investigation of John McAfee’s hideout. Using techniques such as open-source intelligence, they pieced together images and comments McAfee shared. For instance, McAfee’s photo that he claimed was in Belarus had beaches and balconies that Google maps placed in the “ghost hotel.”

Moreover, when sharing the empty state of a supermarket in March 2020 amid the coronavirus pandemic, the internet gurus noticed that the prices were in Catalan. McAfee was also seen holding a bottle of Catalan Sumarroca cava wine that is specifically made in Spain.

Antivirus Tycoon McAfee Has Become More Interesting After His Death

The uncovered hideout holds ground considering that antivirus software pioneer John McAfee has mentioned in the past that he had stayed in Catalonia for a few days. The “ghost hotel” is only one of what was unknown about McAfee. His death seems to have made him more interesting. Those interested in him are bound to learn more about his life as an outlaw.