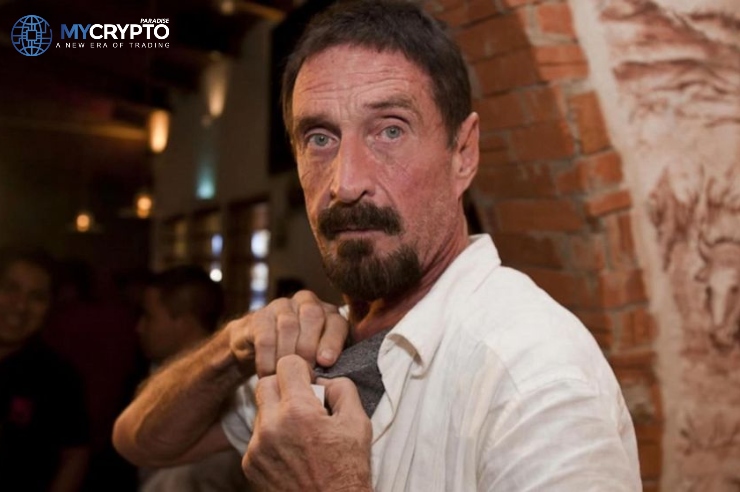 Spanish news outlets broke the news that antivirus software pioneer John McAfee was found dead in his cell in a Spanish prison.

John McAfee’s death was hours after a court in Spain approved his extradition to the United States to face charges of tax evasion. News sources claim that authorities found him dead in his cell in a prison in Barcelona. They tried to revive him but their efforts were futile. Although the cause of death is not confirmed, multiple reports are alleging it to suicide.

Antivirus software pioneer John McAfee was arrested last October and has since remained in the Spanish prison awaiting his extradition hearing. McAfee’s attorney Javier Villalba has previously complained over the Spanish authorities’ treatment of his client. Villalba argued that considering McAfee’s old age (75 years) and that his crimes were not blood or drug-related, he should have been allowed bail.

Apart from the tax evasion charges, the late John McAfee was also accused of conducting “pump and dump” schemes in the cryptocurrency space. McAfee allegedly made $23 million in undisclosed compensation by promoting cryptocurrencies on his Twitter page. Despite his other standing charges, the Spanish court maintained that McAfee’s extradition was only for the tax evasion charges.

U.S. Authorities Are Determined to Have John Die in Prison: Janice McAfee

Referring to these “pump and dump” charges, McAfee’s wife Janice McAfee had previously stated that her husband was in prison for what Elon Musk was doing on Twitter. Moreover, on Father’s day, three days before John McAfee’s death, Janice posted a heartfelt message for her husband.

Janice stated that the late John McAfee had no chance of having a fair trial in the U.S. She added that the charges against McAfee were politically motivated and that the U.S. authorities were determined to have her husband die in prison. True to her words, days later John McAfee passed on while in prison leaving behind the uncertainty of his innocence.