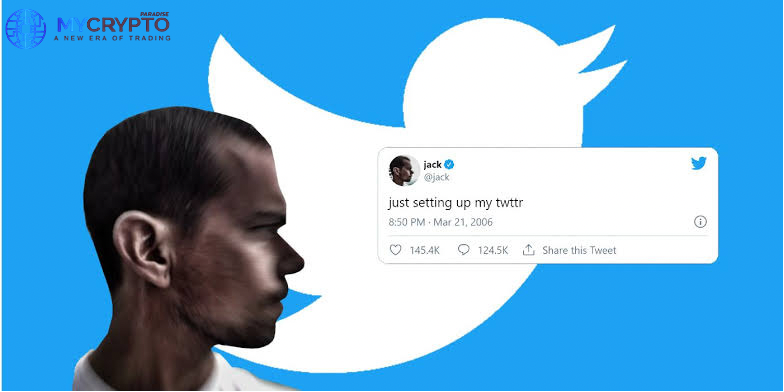 It must have been the greatest shock for the Iranian-born crypto entrepreneur Sani Estavi, who last year bought the first tweet of the Twitter founder as NFT for Millions and now, the NFT is worth less than even $500.

March last year when Jack put up his first tweet for sale as a non-fungible token, Sani became the highest bidder for the NFT who bought it for $2.9 million. Last week, he put it up for sale and ended up with $227 as the highest bid. Like seriously? That’s a lot of loss!

Last Thursday, Sani announced on Twitter that he is ready to sell his NFT and listed it for $48 million, he pledged 50% of its proceeds to the charity (he actually thought the 50% would not be less than $25 million!), the auction closed on Wednesday with just seven offers ranging from 0.09 ETH ($277 at current prices) to 0.0019 ETH (almost $6).

“The deadline I set was over, but if I get a good offer, I might accept it, I might never sell it,” Sani told CoinDesk via a WhatsApp message on Wednesday.

Currently, Sani has less than 48 hours to accept the bid, otherwise, it will expire.

What could actually have led to this?

In 2021, the NFT market place had a rocky year, in fact, it rose to the prominence, however, Jack’s sale was ahead of the current trends, so is many other sales in market places, many buyers that time would have thought to make quite a lot of fortunes, for instance, $17 billion NFT was traded last year, Opensea, the largest NFT marketplace garnered a valuation of $13.3 billion, and Yoga Labs, the maker of the Bored Yacht Club NFT collection, also rose in value, fast forward to 2022, the trading volumes crashed, with people’s concerns about scams and hype, which actually turned off some prospects.

Recently, there has been some level of recovery in the market trading volume, however, it is not sure whether some NFT will actually recover the value.

Sani Estavi is one of many victims of this circumstance. Also, the concept of owning an NFT of a tweet belonging to others is actually puzzling to many traders, since the underlined tweet is controlled by the user who wrote the tweet, what if the company (Twitter) or the owner (Jack in this case) decides to delete the tweet at any time? The NFT will be rendered valueless totally.

Last year, Sani Estavi was reportedly arrested in Iran, which led to his crypto ventures, Bridge Oracle and CryptoLand shutting down. He told Coindesk that he was still trying to exchange customers’ BRG tokens for a new token and that the process might take months.

Use PRO5% for your premium membership today, you will get the information and education to guide your trading skills from experts, join our telegram channel for free trading signal now.