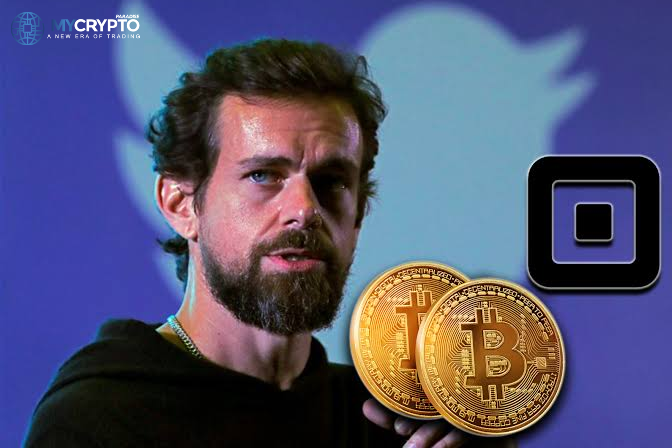 Square Inc. and Twitter’s CEO Jack Dorsey has revealed that leading cryptocurrency Bitcoin has a huge part in Twitter’s future.

It is the first time that Square Inc.’s owner Jack Dorsey is officially making a statement regarding the position of the leading crypto in his company Twitter.

Twitter Has Opportunities to Incorporate Bitcoin in its Products

What Jack means by a “big part” is that Twitter has a myriad of products and opportunities to incorporate Bitcoin. Such will include existing Twitter products and services, subscriptions, and other products like the Twitter Tip Jar and Super Follows.

Bitcoin enthusiast Jack Dorsey has made major moves on the leading crypto using his other company Square. His latest was a $23.6 million Bitcoin fund with hip hop artist Jay Z. Square additionally acquired a majority stake in Jay-Z’s TIDAL music service to devise a way where blockchain technologies and cryptocurrencies could transform the music industry. Twitter’s CEO Jack Dorsey also revealed his intentions for Square to penetrate the decentralized finance industry through Bitcoin.

It seems that now Dorsey has shifted the focus towards Bitcoin on his other company Twitter. Bitcoin enthusiast Jack Dorsey stated that as Twitter targets decentralizing social media and providing more economic incentives, Bitcoin provides an opportunity for more innovation beyond social media. Considering this, Dorsey believes that it will be vital for Twitter and its shareholders to continue focusing on Bitcoin and aggressively investing in it.

The incorporation of cryptocurrency into social media platforms is not an entirely new idea. While expressing his point, Dorsey gave an example of Facebook’s crypto project Diem. Facebook also saw the cruciality of a native token for the internet, which Twitter agrees with.