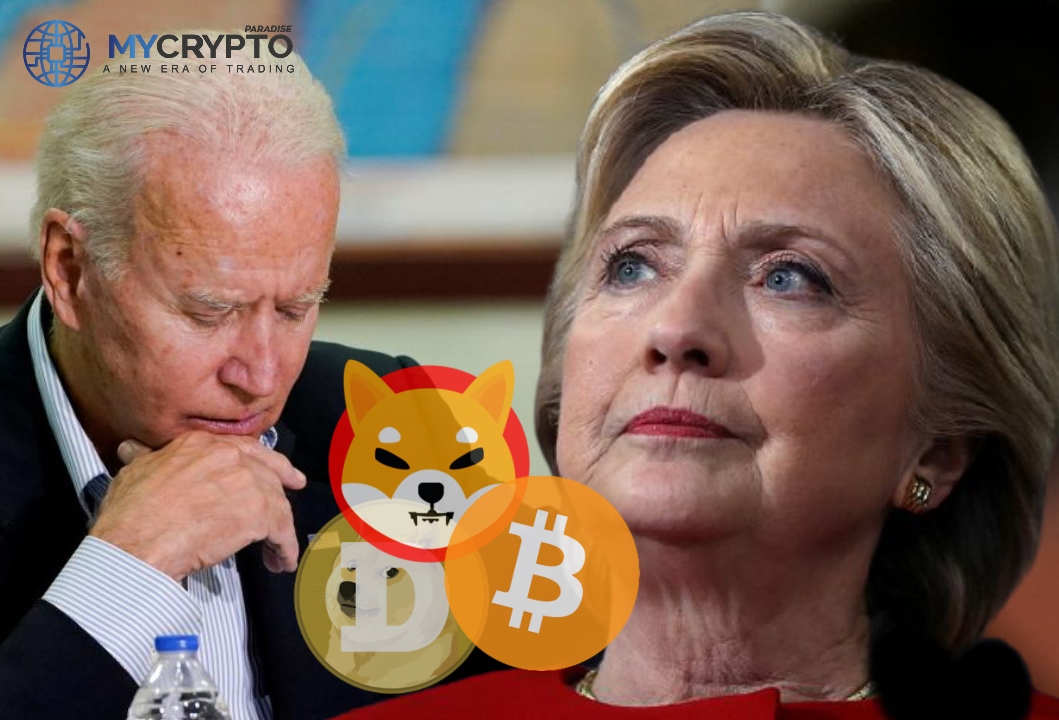 Former presidential aspirant and Secretary of State Hillary Clinton has warned the United States to take action in regulating cryptocurrencies. According to Clinton, unregulated digital coins provide a loophole for manipulation from China and Russia.

Former Secretary of State Hillary Clinton has long-established she is not a fan of cryptocurrencies. According to Clinton, the widespread adoption of cryptocurrencies is slowly undermining the role of the dollar as the reserve currency, as well as, destabilizing nations.

Last week, the former democrat presidential candidate stated that what seems as excitement to mine coins for trading had the potential to undermine currencies. She added that cryptocurrencies will destabilize nations, starting with the smaller ones before going much larger.

In her latest interview with MSNBC TV news host Rachel Maddow. Clinton remarks how it is dangerous for state (Russia and China) and non-state entities to control social media and amass large sums of money.

Former presidential aspirant Hillary Clinton continues that crypto regulation has only started receiving attention but it is something dire. The former Secretary of State opines that there is not much time and hopes that what she is hearing is the government trying to regulate cryptocurrencies.

Clinton’s call for crypto regulation states some of the ways these coins could affect the government. Some of the loopholes these state and non-state entities could use to destabilize nations are through manipulating markets, manufacturing hype, or engineering a financial crash through social media troll farms.

Clinton’s call for crypto regulation comes at a time when the crusade has been gaining momentum worldwide recently. The U.S. implemented Biden’s infrastructure bill that had a crypto tax provision segment.

The Indian government plans to discuss a new crypto bill this coming winter session. According to reports, the bill aims to ban certain cryptocurrencies in the country and introduce a digital coin issued by India’s central bank.

The Council of the European Commission is also adopting two proposals set to effect some kind of regulations on cryptocurrencies. The proposal aims for consumer protection and mitigates cyber threats.