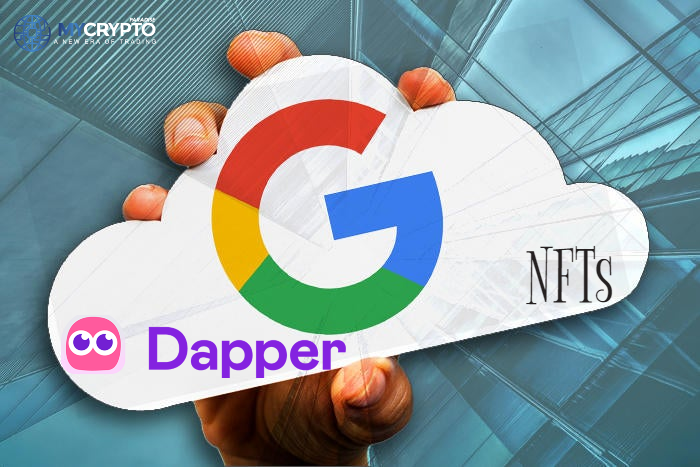 A new partnership between search engine giant Google and Canadian blockchain studio Dapper Labs has triggered excitement in the crypto and NFT community.

Google Cloud and Dapper Labs have joined forces to support the development of new Web 3 products and services, which will include the popular non-fungible token.

The Google and Top Shot and Flow blockchain creator Dapper Labs partnership has secured Google Cloud a place as a member of the Flow network. Flow will use the resources of Google Cloud as a network operator with low latency cloud service.

The end goal is to scale up to providing supercharge connectivity to consumers and app developers worldwide. Currently, the Flow blockchain supports apps like the NBA Top Shot, CryptoKitties, UFC collectibles, and many more.

Speaking about the partnership, Google Cloud’s vice president in North America Janet Kennedy appreciated the growing presence of blockchain technology in the mainstream. He added that tech giant Google was helping companies in the industry like Dapper Labs to access scalable, secure infrastructure to grow.

Google is almost as old as the internet. Search engine giant Google has been able to remain present and relevant in the tech industry over the years for its ability to continue adapting to the advancing technology.

Tech giant Google has grown from only a search engine to an advertising platform, a webmail service, a map, a chat platform through Google talks, and acquired several companies over the years. Digital currencies and NFTs in the tech hype of this general. It is, therefore, no surprise that the giant search engine does not want to be left out of this revolution.

Google Could Be Launching Its NFTs?

NFTs came way after cryptocurrencies. Their place started from a small and obscure corner of the crypto industry. However, in less than a year, NFTs have grown to a multi-billion dollar industry, attracting mainstream brands and celebrities. August was the most successful month for NFTs as they managed to fetch $2 billion in sales.

Dapper Labs is the fourth largest NFT platform by sales. Its partnership with search engine giant Google has triggered rumors of the tech giant entry into the NFT market. Considering Google’s go-getter stance in the industry, it will be no surprise if it launches NFs of its own.