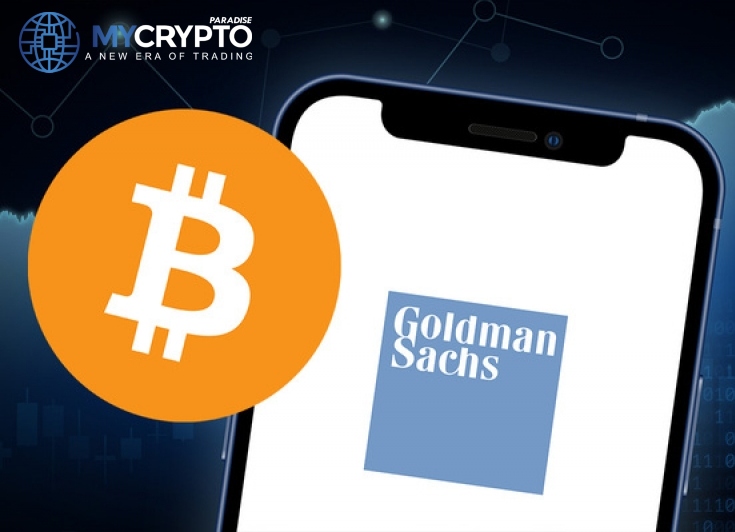 Mary Rich revealed the news of Goldman Sachs’ impending Bitcoin investment option offer in her interview with CNBC. She is about to be the new global head of digital assets for the banking giants’ private wealth management division.

According to Rich, Goldman Sachs will be rolling out the new offer in about three months. The company’s internal memo states that Rich will be the one advising clients on the blockchain ecosystem. She will further deliver content, investment offering, and services to the said clients. She is undoubtedly a resource that Goldman Sachs intends to use to get its Bitcoin investment offer option on its feet.

Although the New York-based multinational investment bank Goldman Sachs has not officially stated which digital assets it will feature in its cryptocurrency investment offer launch, Rich affirmed that the banking giant would be exploring the “full spectrum.” It will not only focus on Bitcoin but also consider other digital assets, physical derivatives, and traditional investment vehicles.

Goldman Sachs’ news comes less than two weeks after another American multinational investment bank, Morgan Stanley, announced it would start providing Bitcoin exposure to its wealthy clients. Goldman Sachs is following swiftly with a similar offer also to its batch of wealthy clients.

Wealthy clients who qualify for the Bitcoin and other digital assets belong to the New York-based multinational investment bank’s private wealth management division. They are the customers who have at least $25 million to invest.

The accelerated adoption of cryptocurrencies to mainstream financial institutions is set to further push these digital coins’ prices. Bitcoin is already experiencing a price resurgence with a current value of $58,789.40