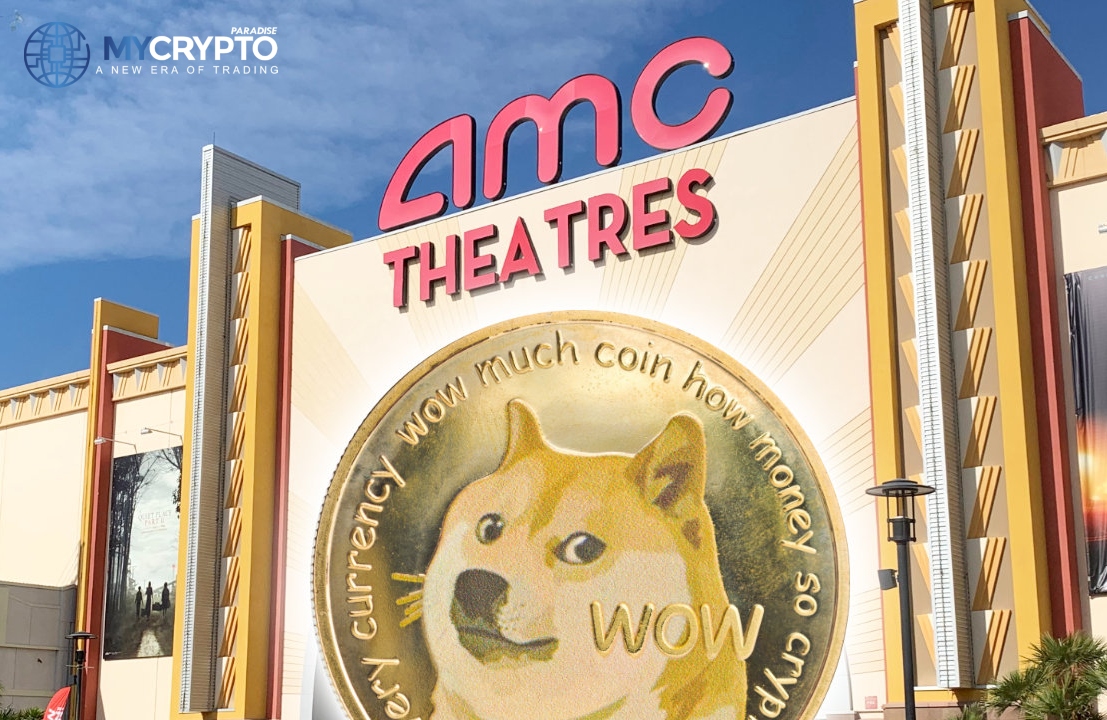 AMC CEO Adam Aron announced via Twitter, stating that its digital gift cards can now be bought using Dogecoin. Dogecoin together with other cryptocurrencies will be acceptable for AMC digital cards of up to $200 per day.

AMC Entertainment Holdings has been accepting Bitcoin for a while now. The addition of Dogecoin is a step towards the widespread adoption of cryptocurrency. Moreover, considering that gift cards are accepted in a variety of stores, the move is opening up Dogecoin to these varieties of stores.

AMC revealed that it is also working on accepting cryptocurrency payments for tickets and concession stand purchases.

Could Doge Join BTH, ETH, and LTC on List of Accepted Payments for Tickets

In September, the giant movie theatre AMC announced that Bitcoin Cash, Ethereum, and Litecoin will be accepted by the end of the year. After the announcement, Doge fans demanded that their favorite meme cryptocurrency be added to this list of cryptocurrencies.

Soon after, AMC CEO Adam Aron posted a poll on Twitter asking his followers whether they would care for Dogecoin to be added as well as the others there. As expected, Dogecoin got massive votes from the poll.

The poll’s results seem to have started manifesting. Although AMC CEO Adam Aron is yet to confirm if Dogecoin has officially been added to the list of cryptocurrencies to be accepted for tickets at the end of the year, this recent move is very promising.

The news of AMC’s acceptance of Doge payments is already boosting the performance of the meme cryptocurrency on the market. Dogecoin rose by 13% on October 5th. At the time of writing, its price is at $0.258, which is a 24-hour rise of 2.37%.

← Prev: Robinhood outshines Coinbase by introducing 24/7 crypto phone support Next: Meet artist that had his work stolen in a $138,000 crypto scam →