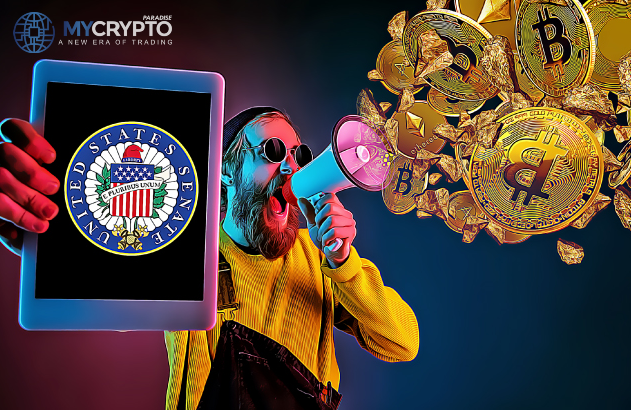 A notorious critic of the U.S. government financial regulations and co-founder of crypto exchange Gemini Tyler Winklevoss is at it again, this time targeting the U.S. senate. In what appears to be a mockery of the senate, Tyler tweeted, “BREAKING: Senate OKs $2.5 trillion-dollar advertisement for bitcoin.”

Apart from founding Gemini, the Winklevoss twins are also known for their suit against Meta’s founder Mark Zuckerberg. The twins claimed that Facebook was originally their idea, which Mark stole. They got a settlement of $65 million from the suit.

Tyler Winklevoss seems to be branching out from this reputation to a U.S. senate critic. The infrastructure bill included tax reforms that seem to have aggravated Tyler. Moreover, after Elon Musk’s recent crowning as 2021 person of the year by Times magazine, senator Elizabeth Warren expressed an opinion. Senator Warren tweeted that the current tax code is rigged, and there is a need to change the tax code.

Gemini co-founder Tyler Winklevoss responded to the senator’s tweet telling her to stop making straw man arguments and levelling ad hominem attacks against Elon. According to Tyler, Elon Musk has done more for the American economy and created more jobs than Warren could ever fathom.

Together with this tweet from Senator Warren, the infrastructure bill could have led to Tyler Winklevoss’ tweet.

Some Believe Tyler’s Tweet Refers to the CoinMarketCap Glitch

Different groups of people on the streets of Twitter chose to understand the tweet differently. Some took it as though Tyler said that the reforms would push people away from fiat and towards Bitcoin.

Others thought the Gemini co-founder Tyler Winklevoss was referring to the recent CoinMarketCap glitch. The glitch has been resolved, and Bitcoin is currently trading at $55 896.15.