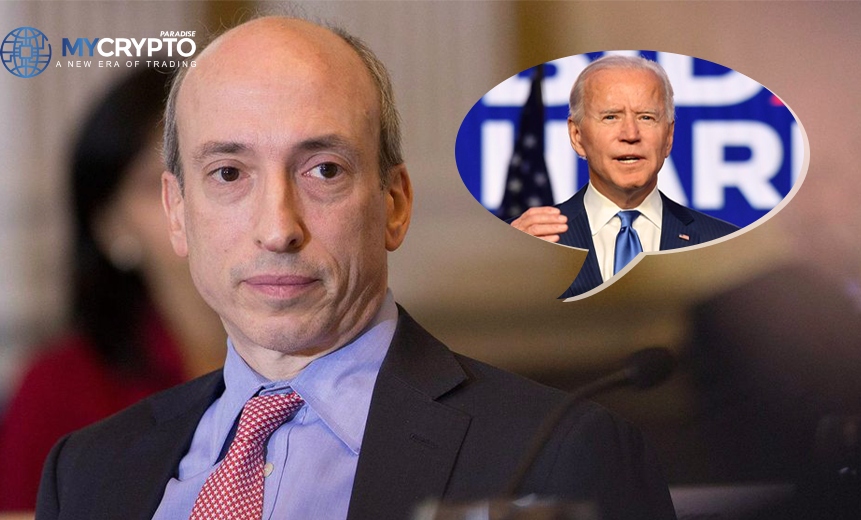 Former chairperson of the Commodities and Futures Trading Commission (CFTC), Gary Gensler, has been tapped to lead projected US president-elect Joe Biden’s financial policy transition team. An official statement by the Biden campaign confirmed the appointment, settling the previous rumors that tipped Gensler for the post.

Gensler has previously worked under the Clinton and Obama administrations, serving as a financial regulator for the latter. He spearheaded sweeping new rules regarding trading swaps during the 2008 global financial crisis.

Gensler has demonstrated being pro-cryptocurrencies and supports the blockchain technology as the future for the financial industry. While testifying before the House Financial Services Committee in 2019, Gensler argued that Facebook’s crypto project Libra should have been regulated as a security. Defending his position, Gensler stated that Libra was a stablecoin (its value pegged to fiat currencies) and the Libra reserve acted as a pooled investment vehicle. Besides, Libra was ready and willing to comply with regulation put forth by Securities and Exchanges Commission (SEC).

In the past, Gensler has also argued against comparing cryptocurrencies to Ponzi schemes and is on record calling blockchain technology a change catalyst. Given the overall conservatism in the financial industry, especially in the US, its crypto industry has lagged behind. Compared to counterparts of economies in the far east, the US has shown barely any regulatory role over the crypto industry.

Is Change on the Horizon?

This appointment could make drastic changes for how the US government views blockchain technology and cryptocurrencies, drawing back from recent recommendations that portray cryptocurrencies as tools for illegal financial transactions. Gensler’s position regarding crypto could also exude confidence in the blockchain technology, encouraging more players to enter the industry to create more innovative and disruptive products for the ever-changing future. Not only so, but banks and other traditional financial institutions will be more willing to advance their blockchain-based projects.

Additionally, the financial policy transition team has even more members who have extensively researched on blockchain and cryptocurrencies. Notable additions to the list are Simon Johnson, Chris Brummer, Mehrsa Baradaran and Lev Menand. All are professors from renowned universities across the US. Crypto enthusiasts believe that Biden’s reign will be the time for the anticipated change for digital currency to become an official legal tender in the US just like the dollar.

Do you always write this stuff, over you head.. Great article! Tell me more, let it come.. You are master. Laughing

I like the first point you made there, but I am not sure I could pratcially apply that in a contructive way.