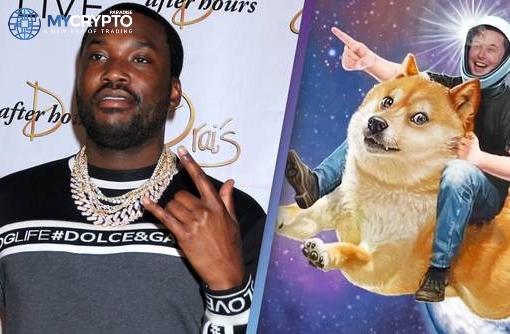 In a Twitter blog post yesterday, rapper Meek Mill announced to his 10.8 million followers that he had grabbed himself some Doge out of the fear of missing out.

The announcement has since been received with a lot of mass enthusiasm garnering more than 11k retweets in less than 24 hours.

Contrary to what many have concluded, this is not Mill’s first time promoting the crypto scenery. In fact, since January last year, the rapper has been keen on this market and, from the looks of it, a big fan of Elon Musk.

A while back, he even added Bitcoin to his Twitter Bio, following in the footstep of Elon.

Last month, a curious blogger presented a case assumption to Elon Musk and questioned his understanding of a volatile market. If Elon bought some Bitcoins, he would undoubtedly announce it and invite more investors to it. The prices go up and said influencer dumps his shares and therefore makes a fortune.

Could that be the case? Is crypto precisely what was advertised provided you are not the last person still hodling the bag?

As expected, Elon denied these claims buy now new conversations are being had on better regulation.

Sentiments concerning this are divided. A part of the population believes that some governing should contain extreme market manipulation, while others insist decentralized money should remain as originally intended.

Anti-regulators insist this is a free market and among the eagerness it brings is the risks involved.

How is Doge Catching on with Celebrities?

The traceback route is too clear, Elon Musk. Dogecoin had been relatively new to us, but when Musk vamped it up in February, its perception exploded.