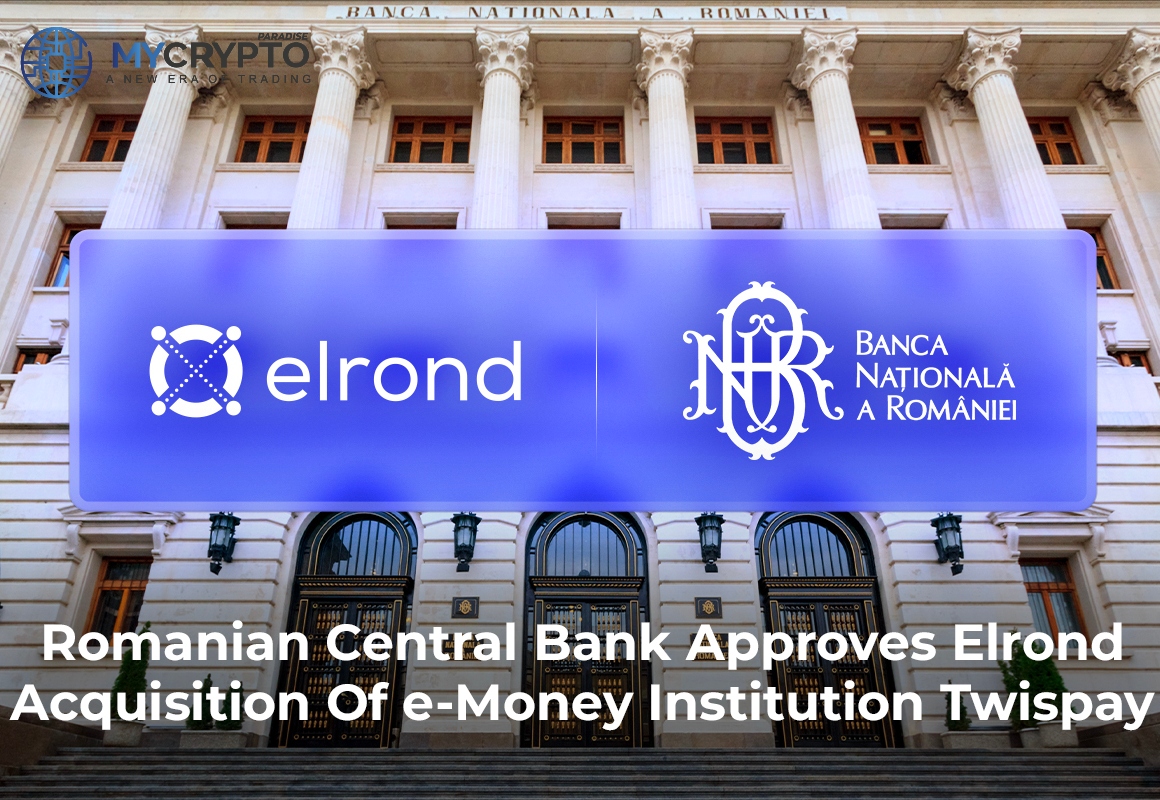 Blockchain start-up Elrond Network has acquired payments processing platform Twispay and secured an e-money license. The license gives Elrond the permission to offer its services across the European Union and issue stablecoins.

Elrond to Bridge the Gap Between Traditional Finance and Blockchain Technology

Twispay offers digital payments services while issuing electronic money. It is one of the significant members of payments processors such as Visa and Mastercard. The goal of the Twispay acquisition is to boost settlement times and increase stability by introducing blockchain technology to the process.

Commenting on the Twispay acquisition, Elrond’s CEO Beniamin stated that it was a “landmark decision.” Moreover, the National Bank of Romania’s approval indicates that central banks are switching from a counterpoint to the crypto space and moving towards the more neutral or potentially favorable point.

The acquisition of Twispay will allow Blockchain start-up Elrond Network to issue regulated stablecoins, crypto-oriented debit cards, and explore other services in decentralized finance and NFTs. Twispay is a regulated European Economic Area (EEA) payments firm. Thus, Elrond will also be able to serve customers in all EU member states and Iceland, Liechtenstein, and Norway.

The news of Elrond’s acquisition of Twispay started in October 2021. Since then, the two firms have been working with the National Bank of Romania to clear any legalities. Four months later, the discussions finally bore fruit as the acquisition was officially announced.