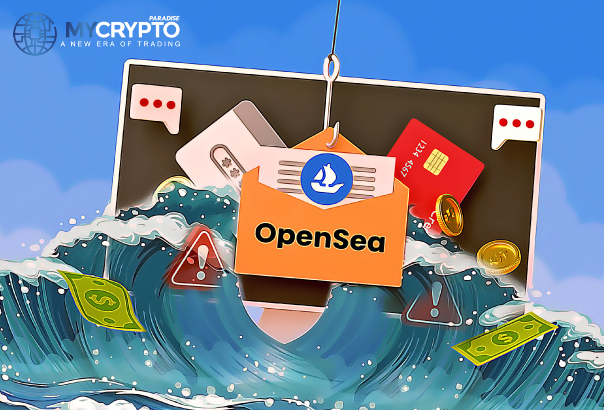 OpenSea CEO Devin Finzer is sure that consumers’ NFT losses after phishing caused by third-party websites and nit opensea.io.

On Saturday evening, the largest Ethereum NFT marketplace was the target of a phishing attempt. Some users complained their Cool Cats and Doodle collections had been stolen.

“As far as we can determine, this is a phishing attack,” stated CEO Devin Finzer in a tweet, “We don’t think it has anything to do with the OpenSea website.”

Finzer disputed accusations that the attack resulted in the loss of $200 million in NFTs. According to him, those who wish to defend themselves against the assault should “un-approve” access to their NFTs on OpenSea.

When signing communications, Finzer encouraged users to make sure they were on opensea.io.

On Friday, February 20, 2021, OpenSea recommended that clients move their NFTs to a new smart contract. This move was made to address a flaw on OpenSea’s website that allowed NFTs to be advertised for a fraction of their current value and subsequently sold for a profit by at least three people.

OpenSea’s recent user interface glitch resulted in the loss of $1.8 million in NFTs, which the company refunded. Users who did not cancel their previous ads after transferring their NFTs to new wallets saw their NFTs sold for the same price as the old listings. The incident, according to OpenSea, was not an exploit or a flaw but rather a problem caused by the blockchain’s structure. All listings on previous smart contracts will expire on February 25, 2021. If the migration date is missed, it is still possible to relist without paying for gas. Before that, consumers are taken through the process of moving their listings via an instructional video.

OpenSea is working with individuals whose assets were taken to narrow down a collection of popular websites that they visited that might have been the source of the bad signatures, according to Finzer. “We are currently examining reports of an exploit associated with OpenSea related smart contracts,” writes OpenSea on Twitter. “This looks like a phishing attempt launched from somewhere other than OpenSea’s website.” The CEO also advised users not to click any links Outside of opensea.io