Dell Founder Michael Dell not ready to get into Bitcoin 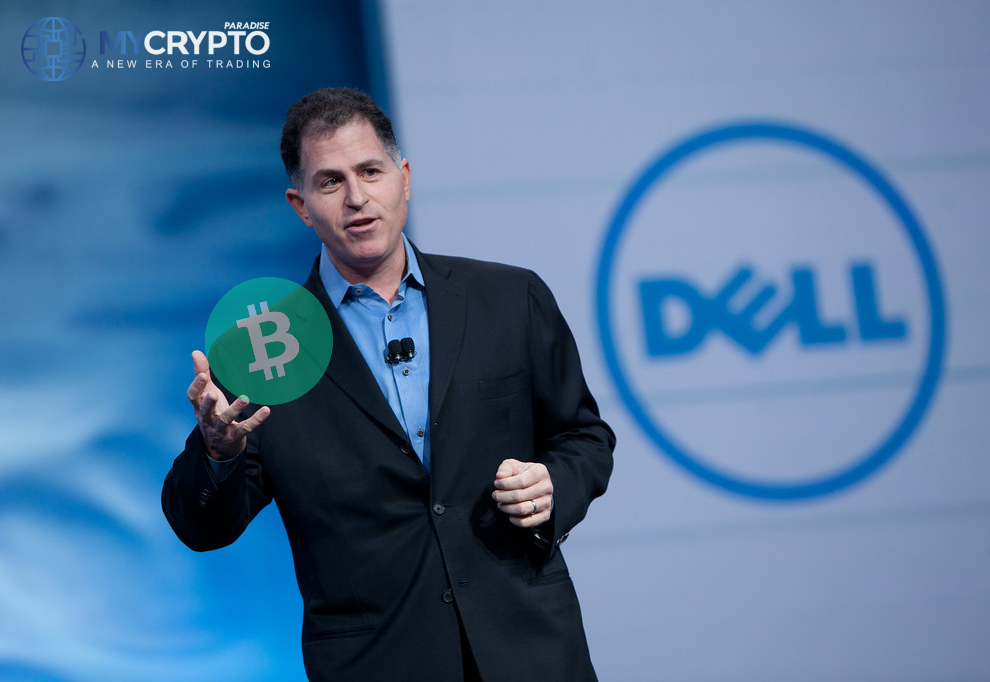 Michael Dell, the founder of Dell Technologies, has decided a “pass” on Bitcoin according to his recent interview on New York Times.

Dell Technologies founder and CEO stated that blockchain as a category is “probably undervalued,” but he would not say if bitcoin is underrated or overvalued. On Saturday, he made the comments in an interview with the New York Times’ newsletter DealBook.

One of the first businesses to utilize bitcoin was Dell. In 2014, his business, which offers everything from hardware to cloud computing services, started taking Bitcoin as a payment method. Due to “poor demand,” it ceased dealing with bitcoin in 2017.

Michael Dell, the man who founded the business that made the computer on which this article was written, might be a genius. His computer business, which has sold about 800 million computers, has a market capitalization of $80 billion.

Dell’s interest in blockchain technology stems from its infrastructure business, which brought in $8.4 billion in sales by providing data storage and other services in the second quarter.

On the other hand, Bitcoin has gained approximately 15% in the last week, or about $150 billion. Bitcoin is now worth about 13 times as much as Mr. Dell’s business.

Dell did not wholly dismiss Bitcoin. Through a collaboration with Coinbase, the business began accepting Bitcoin payments in mid-2014. It provided a 10% discount on Alienware PCs using Bitcoin up to $150 during a month-long campaign in July 2014.

Bitcoin was valued at about $620 at the time. This implies that the original $150 would be worth $13,770 today. Due to insufficient demand, Dell discontinued taking Bitcoin in October 2017. Perhaps Dell was mistaken again: Bitcoin soared to not-quite-$20,000 highs soon after, the highest price of Bitcoin until early this year.