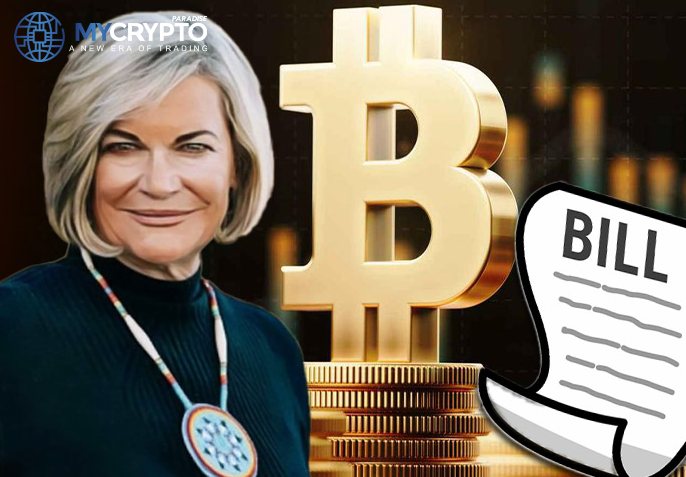 Wyoming Senator Cynthia Lummis wants the Federal Reserve to consider holding Bitcoin in its balance sheet. Lummis is a huge Bitcoin advocate. She has disclosed in the past that she bought Bitcoin back in 2013.

Fed to Add Bitcoin to Its Foreign Currency Reserve

Senator Lummis revealed her thoughts at the Orrin G. Hatch Foundation’s crypto webinar panel. According to the Bitcoin advocate, once a regulatory policy is in place, it will make a lot of sense for the Fed Reserve to hold the leading cryptocurrency by market capitalization.

The Fed currently holds over $40 billion in foreign currency reserves. Senator Lummis thinks it is good to add Bitcoin to these reserves. Bitcoin advocate Cynthia Lummis made her point because Bitcoin is completely decentralized. Thus, the leading crypto by market cap would be more ubiquitous than other currencies.

Randal Quarles, the former vice chairman for supervision at the Fed, also attended the panel. Charles said he did not think the Fed would add any cryptocurrencies to its balance sheet any time soon.

The webinar host Matt Sandgren had asked Quarles if he agreed that institutions were now more open to Bitcoin than when it first started. Quarles replied that the resistance to crypto in the early years was because the widespread use case for these digital coins was unclear.

Quarles continued that cryptocurrencies have solved some technical issues in the payment system. However, their price volatility still made them “ill-suited” to be actual payments mechanism. For this reason, Quarles thinks Bitcoin and similar crypto-assets will remain unattractive to Washington.

Reportedly, pressure from the Fed Reserve caused an outflow of Bitcoin from exchanges at the end of January. According to news outlets, $670 worth of Bitcoin left centralized exchanges. Wyoming Senator Cynthia Lummis’s proposition seems like a long shot, considering the Fed’s actions towards Bitcoin.