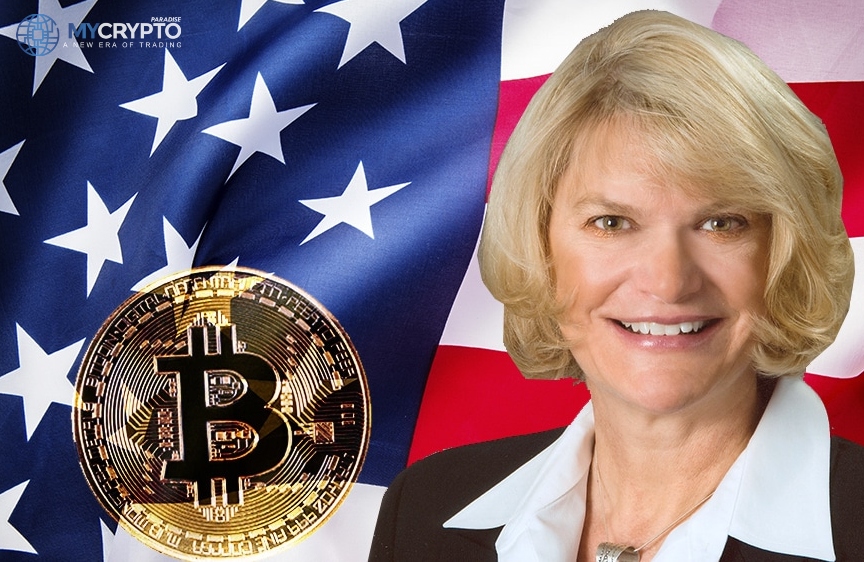 Many Bitcoin miners are relocating to the United States as a result of China’s continuing crackdown. Senator Cynthia Lummis, a Republican from Wyoming, recently asked Bitcoin miners to meet with her. The Senator encouraged anybody engaged in #Bitcoin mining to reach her out since they want them in Wyoming. 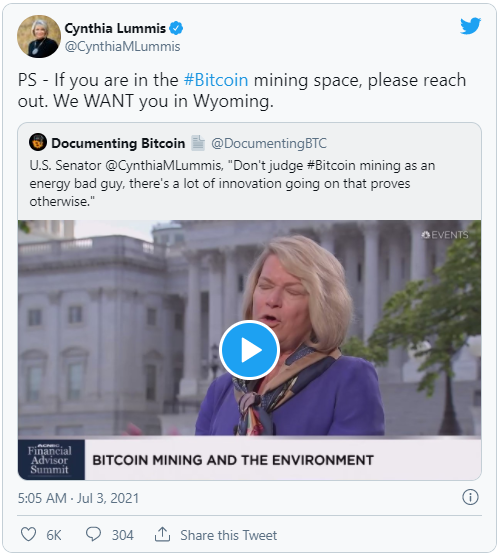 On Friday, July 2, the Senator responded with a tweet. Cynthia Lummis has lately shown her support for Bitcoin and the cryptocurrency industry in general. Last week, Lummis encouraged people to purchase Bitcoin and store it for retirement.

Lummis has been forthright in her opinions, stating that BTC enables investors to vary their holdings in the face of worries about the US dollar’s decreasing value.

In a series of tweets, the Wyoming Senator said that she thinks the US dollar should continue to be the world’s reserve currency. However, spending like drunken sailors is neither good for the American people or the dollars’ worth.

She went on to add that she thinks financial innovation provides a level playing field for industrious Americans to save the wealth created by their labor. The affluent with Wall Street ties should not be excluded from capital preservation. The government should not have the power to devalue one’s store of worth.

Exposure of Retirement Funds to BTC

Senator Wyoming stated that she had already bought $100,000 in Bitcoin and planned to continue buying and saving. Lummis also shared her thoughts on how retirement plans should handle BTC exposure.

The Wyoming Senator told CNBC’s Ylan Mui that during an interview that she wants to see cryptocurrencies, such as Bitcoin, become part of a diverse asset allocation utilized in retirement plans and other possibilities for individuals to save for the future. So, whether an employee has a retirement fund or not, she would want to see the retirement funds put in bitcoin and other cryptocurrencies that are excellent value stores.

Lummis also pushed for the usage of crypto in everyday life.