Cryptocurrencies are a Threat to China’s Communist Government: Elon Musk 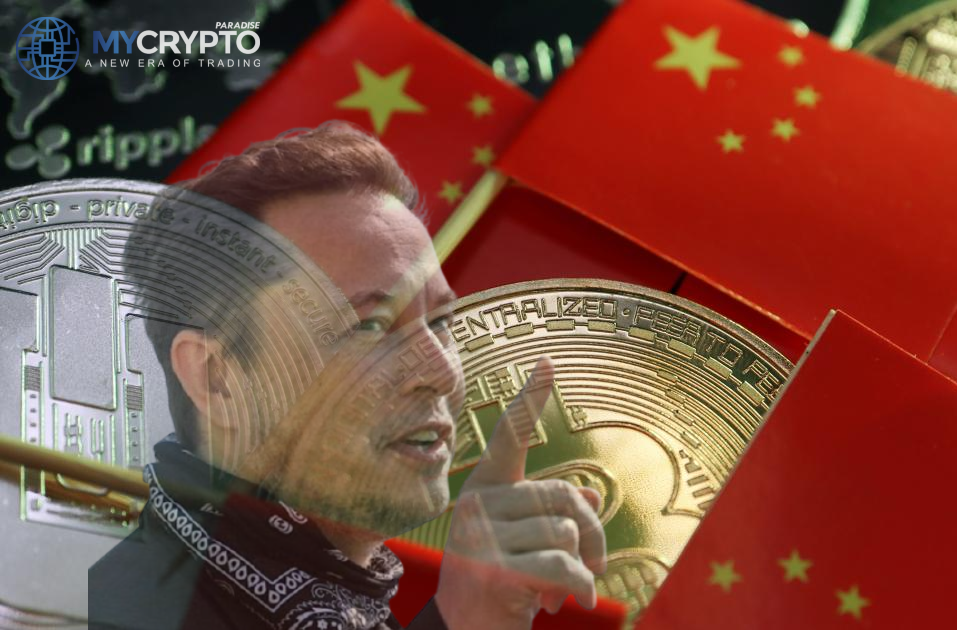 According to Elon Musk, China is opposing cryptocurrencies because they are a threat to its communist government. Billionaire Elon Musk went further and alluded that the Communist Party of China wants to hold on to its centralized government, something that decentralized finance would jeopardize.

China first banned Bitcoin back in 2013. It went further and halted initial coin offerings in 2017. Early this year, the nation also issued a blanket ban on crypto mining within its borders.

Tesla’s CEO Elon Musk started by stating that China appears not to love cryptocurrency. He disclaimed not to certainly know the reason behind this hostility to Bitcoin and other digital currencies.

Crypto enthusiast Elon Musk pointed out that China’s intolerance could be due to the electricity generation issue. Anti-crypto agents have always highlighted the high amounts of electricity crypto mining consumes. China already has a high electricity demand and is experiences frequent power outages. Crypto mining would be adding salt to an injury.

While he validated the electricity reason, Elon Musk converged to the idea of crypto being a threat to the centralized government of China.

The decentralized feature of cryptocurrencies is why governments are adamant about trying to regulate them. According to Musk, governments cannot keep their “hand out of the cookie jar and edit money database.” However, cryptocurrency will be able to keep the government’s hand out.

Cryptocurrency Is Not the Second Coming of the Messiah: Elon Musk

Crypto enthusiast Elon Musk believes governments will not succeed in trying to regulate cryptocurrencies. Instead, what their efforts will achieve is to slow down the industry’s advancement.

As for the U.S. Securities and Exchange Commission, Tesla’s CEO Elon Musk recommends no actions towards crypto regulations. Regulations seem to be a lot of fuss.

Elon Musk affirmed that while cryptocurrencies are a valuable invention that will hopefully reduce the error and latency in the money system, it is not the second coming of the Messiah. Following the billionaire Elon Musk’s recommendations, SEC should do nothing and let digital coins materialize their potential.