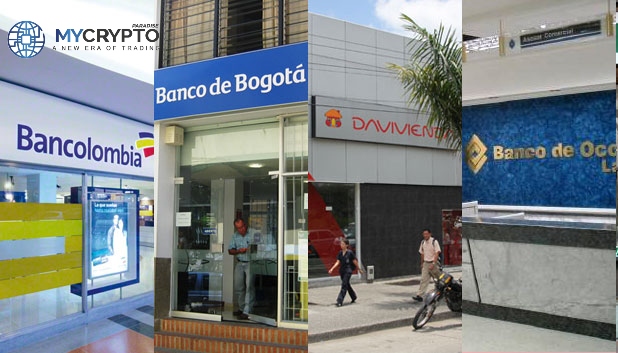 Colombian banks and prominent crypto exchanges will be partnering to work together on cryptoasset transactions pilot. Víctor Muñoz, Colombian economic and tech advisor, had hinted at the partnership in a tweet where he said the nation’s top financial regulator Superintendencia Financiera (Superfinanciera), will have fiat in and fiat out transactions in their financial systems tested with cryptoassets. This will be a new regulatory sandbox.

The crypto asset transaction pilot, Per Semana is responsible for the coming together of major Colombian banks and crypto exchanges. The pilot will test to see the effectiveness of crypto in conducting transactions in institutions.

The Colombian regulators had supported the need to redraw the country’s crypto legislation from scratch. Crypto and blockchain industry chiefs advised Bogotá to leave the plans that had earlier been formulated in 2018 on claims that they were already outdated.

The most prominent crypto players have teamed some big-hitting banks like Banco de Bogotá, working with Buda and Bitso. Bancolombia teamed up with the Gemini branch of Colombia. Meanwhile, Binance’s Colombian operations will work with a bank called Davivienda and a fintech firm called Powwi.

The Movii neo-bank will be working together with Panda and Bitpoint, while Coltefinanciera, the financial services provider, will work with Obsidiam and Coink, and Banexcoin, the digital asset companies, will join forces.

The members of Financial Superintendence who work as a selection body rejected five other proposed partnerships.

The firms will embark on a year-long pilot, and the Superintendence cautioned that exchange members would conduct diligence survey before deciding to trade cryptoassets in the regulatory sandbox. They also added that the high standards used in a traditional bank needed to be extended to crypto-related dealings.

The regulator confirmed that the legal status of crypto in the nation would not be affected by the pilot. The banks can still go for other crypto-related businesses outside the sandbox.

← Prev: Bitmex Appoints Previous Bank of China’s CCO as a Non-Executive Board Director Next: Lawsuit Against Bitfinex Dropped →