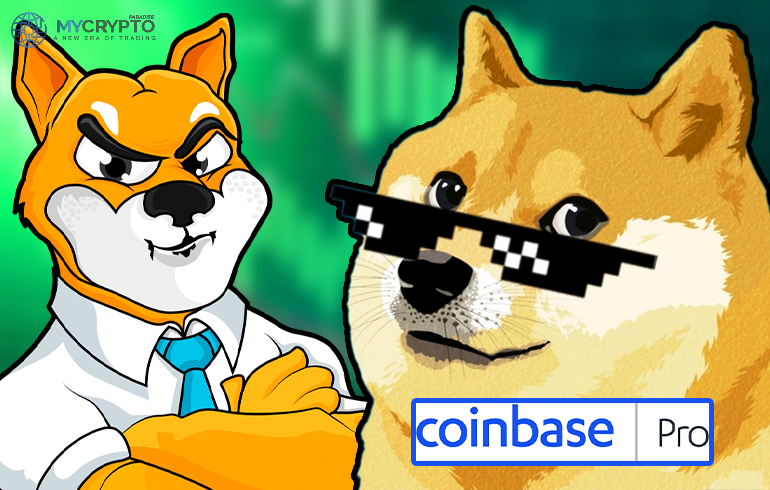 Coinbase Pro announced via Twitter on Thursday declaring that inbound transfers for SHIB are available in regions where trading is available.

Shiba Inu is not available on the Main Coinbase Platform

Coinbase Pro clarified that the Shiba Inu coin would not be available on the main Coinbase platform or through the consumer mobile platforms. It promised to make another announcement if and when it adds support on these platforms.

As for Coinbase Pro, trading would start at 9 AM PT on Thursday 9 September. Traders would not be able to place bets until then. Furthermore, liquidity conditions needed to be met before trading commences. Only then can the SHIB-USD and SHIB-USDT order books launch.

Coinbase Pro’s addition of the Shiba Inu would be launched in order books of three phases. If the advanced marketplace Coinbase Pro would assess if the order nooks meet its target for a healthy and orderly market to decide to keep the book in one state or suspend trading of the Dogecoin rival.

The top U.S. exchange Coinbase initially announced that it would list Dogecoin’s rival the Shiba Inu back in mid-June. However, it was unable to fulfill the promise citing technical issues.

Despite the setback, investors were confident of Coinbase’s addition of the Shiba Inu since the crypto exchange had already added support for the SHIB token to Coinbase Custody. The Coinbase Custody feature allowed traders to deposit and withdraw their preferred supported cryptocurrencies.

SHIB Listed Amid Its Price Surge with Rival Dogecoin

Before this latest addition both Shiba Inu and its rival meme cryptocurrency, Dogecoin experienced price surges. Both coins may have surged because of a drop in their interest.

However, a section of the market is alluding to SHIB’s price drop as a mimic of what is happening to meme cryptocurrency Dogecoin. According to this section, “When the king meme goes up, its court move in sympathy.”