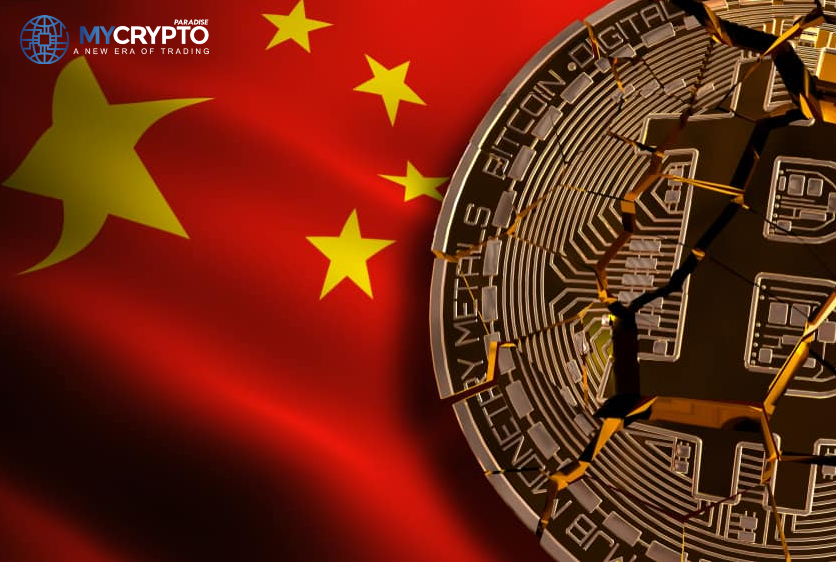 China is determined to completely get rid of Bitcoin and other cryptocurrency-related activities from its borders. Its latest crackdown efforts have been directed to blockchain NGO China Blockchain Application Center (CBAC).

Chinese authorities shut down blockchain NGO CBAC for operating without proper registration. A notice on the Beijing Municipal Civil Affairs Bureau named it an “illegal social organization” that was disrupting the orderly management of social organizations.

Although NGOs are highly regulated in China, the CBAC ban still points to China’s recent crackdown on crypto. CBAC had the support of very influential crypto supporters.

Its supporters include Li Lin, the founder of the world’s second-largest cryptocurrency exchange Huobi. Huobi exchange has worked hard to comply with Chinese crypto regulations. It undertook measures to halt Bitcoin mining services and the sale of crypto mining equipment.

The founder of OKCoin exchange Xu Mingxing is also the founding chairman of the CBAC council committee. Apart from members from the crypto community, non-profit CBAC also had affiliates from Chinese financial institutions. The former deputy governor of the People’s Bank of China Su Ning, and the former vice-chairman of the China Insurance Regulatory Commission Wei Yingning included the advisors to CBAC.

CBAC has previously expressed its intention to work with regulatory agencies and jointly facilitate the orderly development of the blockchain industry. However, non-profit CBAC’s affiliation with blockchain technology was certainly not enough for the Chinese authorities to spare it. As of yet, there has been no response on the CBAC ban from the organization.