Cardano Will Soon Have Its Very First Stablecoin 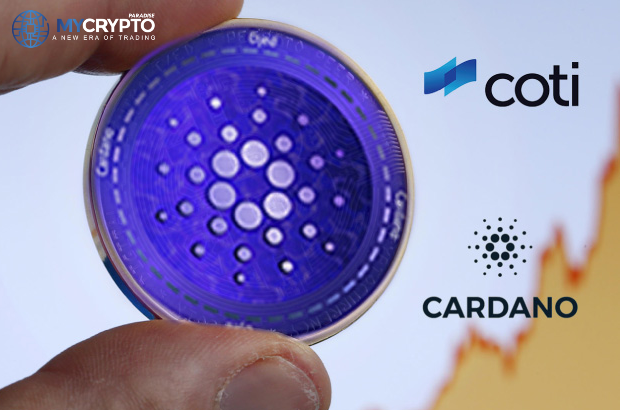 News from the Cardano 2021 Summit held at Wyoming yesterday revealed that Cardano will soon have its very first-ever stablecoin dubbed Djed.

Cardano’s founder Charles Hoskinson broke the news together with Shahaf Bar-Geffen, the CEO of software development company COTI. The Djed stablecoin set to run on Cardano will be issued by COTI.

COTI focuses on providing solutions to challenges in both centralized finance and decentralized finance. The software development company is doing this through a type of DAG-based base protocol and a scalable, fast, private, inclusive, low-cost infrastructure.

COTI-issued stablecoin Djed is designed as an algorithmic stablecoin, which will preserve a reserve of base coins and allow users to mint and burn coins. The stablecoin will help eliminate price fluctuations and the danger of volatile and exorbitant gas fees through the use of smart contracts.

The crypto community has occasionally referred to Cardano as the Ethereum killer. Ethereum, the world’s largest blockchain, has several stablecoins running on it. Cardano is proving to be a rival Ethereum should look out for with this new launch.

The COTI-issued stablecoin Djed is meant to provide stablecoins with which Cardano’s transaction fees could be paid through the “Babel fees” approach. Additionally, Djed will be a formally verified stablecoin protocol, with measures to prevent fluctuation of the set price.

Djed is a Game-Changer for Cardano: Hoskinson

Commenting on the impending launch, COTI’s Group CEO Bar-Geffen emphasized on the value of stablecoins to blockchains. According to Bar-Geffen, stablecoins allow monetary value to be exchange in a seamless manner in everyday transactions happening on blockchains.

On the other hand, the CEO of Input Output Global Charles Hoskinson added that the Djed stablecoin could be a complete game-changer in the crypto space. Cardano’s first-ever stablecoin Djed has the potential to appeal to an entirely new audience, according to Hoskinson.

Moreover, Hokinson sees the commitment to verification as something Cardano and COTI-issued stablecoin Djed share. Thus, it will be a robust method of eliminating price volatility in the crypto markets.