Cardano Drops Down to Fourth Position as it Turns Four 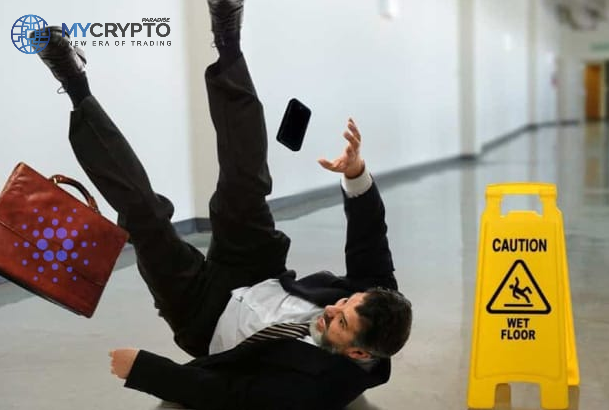 The Cardano blockchain has turned four years old. The blockchain was born on September 29, 2017. However, we cannot help but question whether it is celebration time on Cardano’s end, considering that it has also dropped from being the third-largest cryptocurrency on its birthday.

Cardano’s inception started what is called the Byron era. According to the Cardano Roadmap, the third-generation blockchain started as a solution to the three strategic challenges facing all blockchain networks: scalability, interoperability, and sustainability.

After falling out with the other Ethereum co-founders, Charles Hoskinson went on to work on the Cardano blockchain. Emurgo, IOHK, and the Cardano Foundation collaborated and held a crowd sale in Japan. By January 2017, the three independent entities had raised $62 million.

When Cardano started, U.S residents could not participate in the initial coin offering due to stringent securities law. Nonetheless, four years later, the blockchain has made a significant impact in the industry and grew the reputation of the Ethereum killer.

Cardano’s ADA has not always had a smooth ride. During the ICO craze of 2018, ADA peaked at $1.10 in January. However, it sank to be the worst-performing cryptocurrency during the bear market. By the end of 2018, ADA’s price had sunk by 97.5% from its peak.

It was only at the end of February this year that ADA reached its all-time high price. Back in August, Cardano’s native token ADA surged by 150%, rising to become the third-largest cryptocurrency by market capitalization.

While at the third position, ADA peaked at a new all-time high of $3.02 earlier in September. However, it seemed to have slacked a little for Tether to overtake it.

Cardano seemed to have been keeping the third seat warm for Tether. Tether and Cardano’s ADA had a difference of $3 billion at night, but this gap shrank to $1 billion.

Cardano has long been referred to as the Ethereum killer. However, the blockchain still has a lot to prove. It has currently only deployed 27 Plutus smart contract scripts. Nonetheless, it is still making steady steps to grow.