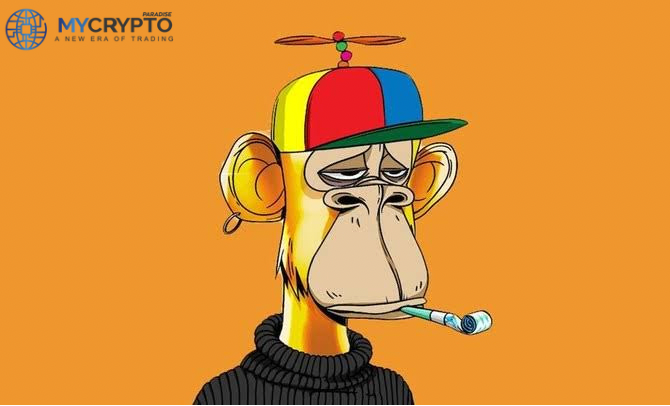 Last weekend was a crazy one for the crypto community as Yuga Labs, the maker of the popular NFT collection, Bored Ape Yacht Club, decided to respond to the yelling of buyers to sell parts of its virtual lands. Did it end as extreme success or roaring failure?

On 30 April, Yuga Labs launched the sale of its virtual land called “Otherdeeds,” the company’s yet-to-be-released metaverse project (Otherside), and here is the shock! Almost immediately, Yuga Labs made over $300 million on the sale of “Otherdeeds,” and according to the data from CryptoSlam, the company also recorded more sales days after the launch, amounting to about $558 million, making Otherdeeds top NFT collection in the last 30 days.

While reading how well Yuga Labs did for itself by making millions in a short period might seems surprising, now read ahead to see the greater shock or chaos as it may be!

The sale was so competitive that Ethereum becomes highly congested as a result of too many transactions, causing the disruption of the blockchain for hours, thus leading to too many failed transactions; according to CNET, the Otherdeed sale “broke” Ethereum for a bit.

However, Yuga labs is quite aware of the impact of its sale of Otherdeeds on Ethereum; the company has therefore apologized for whatever it might have cost Ethereum. According to the statement released on Twitter by the company, “We’re sorry for turning off the lights on Ethereum for a while,” the statement furthered that “It seems abundantly clear that ApeCoin will need to migrate to its own chain in order to properly scale.”

During the sale of Otherdeeds NFT, gas fees rose to a record-highs on the network, users who want to engage in the trade will have to pay transaction fee as part of Ethereum transaction as well as that of NFTs.

More evidence on Twitter shows people paying gas fees ranging from $6,000 to $14,000, a fee that is by far more than the initial cost of Otherdeed NFT, which was initially set around $5,800 before it skyrocketed. Even though the transactions were not successful, many traders still had to pay a gas fee of which, many of them lost their money; however, Yuga labs, in response to this, has assured victims who were cut out of the deal of reimbursements.

In a tweet by the company, “We are aware that some users had failed transactions due to the incredible demand being forced through Ethereum’s bottleneck,” and “For those of you affected, we appreciate your willingness to build alongside us—know that we’ve got your back and will be refunding your gas.”

About $158 million worth of Ethereum Permanently Destroyed!

Due to the way Ethereum is set up, a part of each transaction is burned during the trade, leading to more reduction in the total supply of Ethereum; this is because of the Ethereum Improvement Proposal (EIP) 1559 implemented in 2021, which is a system which transaction fees being paid to miners earlier, were divided into a base fee and a tip miner, now the base fee is permanently destroyed while the miners get the tip. Due to the high volume of Otherdeeds sales, over 55,000 Ether equaling almost $158 million worth of Ethereum at its current price was wasted.

You can also learn more about trading in Kucoin and Binance exchanges through the education and information provided by experts with many years of trading experience. Use our discount PRO5% to get premium membership today by clicking on this link to join our telegram channel.