BlockchainSpace Becomes the Official Partner of The Sandbox 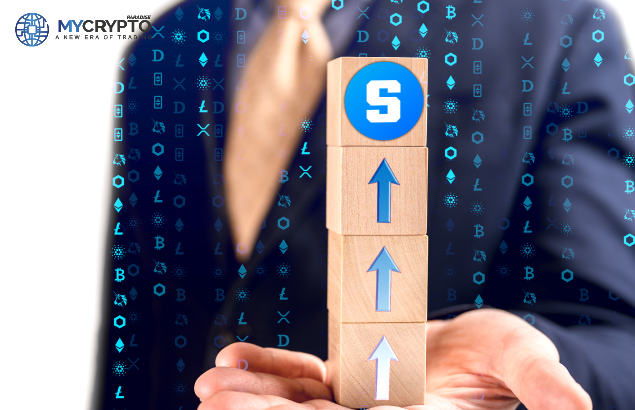 There is a new partnership in town! BlockchainSpace announced its collaboration with The Sandbox.

Through this partnership, BlockchainSpace will connect its 2,600 guilds and 680,000 players into the virtual world of The Sandbox. BlockchainSpace declared itself the guild hub of the metaverse. The hub is, thus, bringing its commitment to community building and content creation to one of the world’s largest metaverse projects.

The BlockchainSpace-Sandbox Collaboration to Enable Connection Via Virtual Worlds

The BlockchainSpace-Sandbox collaboration is a move to show the anticipated increasing importance of the ability to scale communities for NFT games. The hub’s Academies have built platforms native to NFT Games such as The Sandbox. Additionally, Blockchain’s infrastructure can amplify user growth and tractions in these game spaces.

The partnership with The Sandbox promises a future where millions of people will be able to connect via virtual worlds. The dashboard track interactions of users and BlockchainSpace’s guild infrastructure and network will connect users to high-performance guilds across four continents in the world.

Players will socialize, play and enjoy entertaining experiences together. Moreover, the players will be able to form groups or guilds, a feature that requires highly scalable technology to provide an optimal experience.

The press statement announcing the partnership with The Sandbox stated that it was a valuable showcase of BlockchainSpace’s guild infrastructure and network and how this can scale to projects of The Sandbox level. Additionally, the announcement continues that scaling communities was a crucial aspect of building and expanding the appeal of the metaverse.

BlockchainSpace and The Sandbox’s Previous Partnership

It is worth noting that this is not the first BlockchainSpace-Sandbox collaboration. The two entities previously joined forces, built a Philippine community, and launched voxel NFT art contests. The project’s art included riding in kalesas and jeeps, exploring vast regions of fauna and flora, and wearing historic garments.