Bittrex ends to Operation in 7 Countries, Leaving users in Limbo 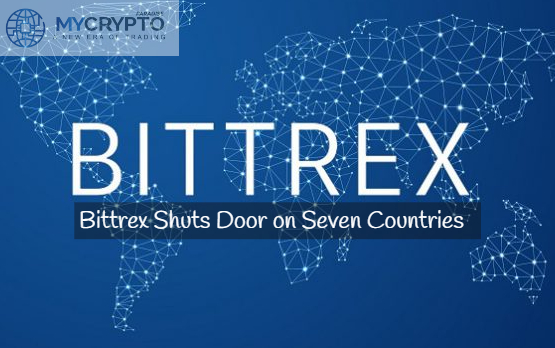 On September 10, Bittrex users in seven countries woke up with a surprise when they realized they could not log in to their accounts. Upon inquiry, they received the response from the support team informing them that the company could no longer work in their countries. As sources pointed fingers to Regulations as the cause for this decision.

This is not the first time Bittrex has announced ceasing from operating in some countries. Belarus, Mali, Burundi, Myanmar, Mali, Nicaragua, Panama, and Ukraine have been added to the list of 37 countries where Bittrex has ceased operations. All the users have been given 14 days to withdraw their funds. This news has not yet come as a public announcement through an official statement by Bittrex but we believe that soon they will release the statement.

Users from most of these countries are complaining that they did not receive an on-time and official notice from the support concerning such a serious decision. This announcement was first published on a customer support page titled “Important Information for Bittrex Customers” on October 18, 2019. They updated the page on September 2. This announcement does not appear on the front page of any support or news page on the company’s official website. The announcement did not even appear on Twitter.

Some users of this crypto exchange from Ukraine reportedly received an email notification on September 2. Other users say that they were not informed at all. They say they first saw the news in independent media such as a YouTube video that was warning against this shutdown. Due to this lack of official communication, users are still confused as to when the 14 days period begins. However, a representative from Bittrex maintained that email was sent to all the users in the affected countries. The lack of proper communication has added to the frustration of the affected users.

Bittrex has not gone into details concerning the regulations in blocked countries. Countries such as Ukraine have been crypto-friendly. However, recently, the country required digital assets to register with the government.

Bittrex has been trying to comply with government regulations in the past. Politics might have also influenced this decision, even though it is not mentioned. Belarus, one of the listed countries, has been under political instability with deadly protests related to elections.