Bitcoin of America Expands to 600+ ATMs 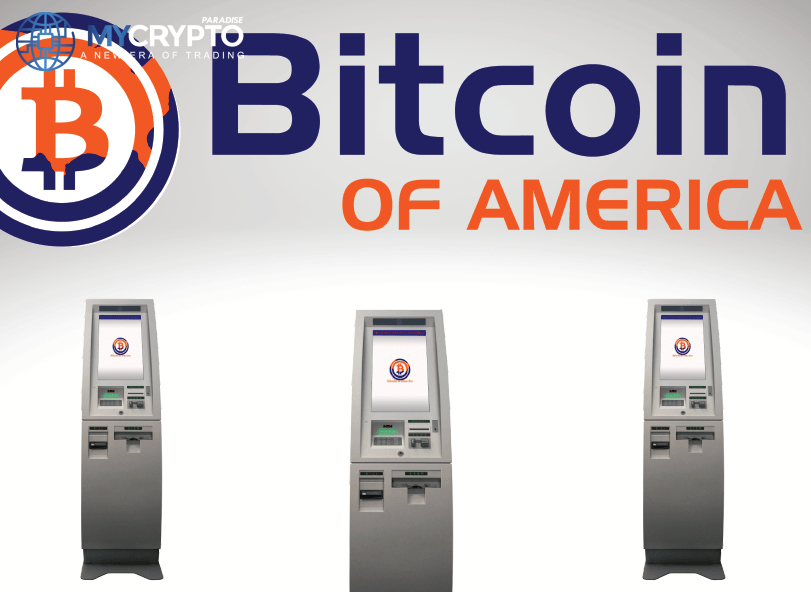 Bitcoin continues to gain popularity and increase in mainstream adoption in America. To increase accessibility to those who wish to buy into the cryptocurrency, Bitcoin of America decided to open up more than 600 ATMs in different locations in the country.

The Bitcoin ATMs work similarly to the traditional ATMs. They are both physically accessible and easy to operate. Bitcoin ATMs allow customers to purchase Bitcoins using cash through a FinCen registered platform, sell Bitcoins, receive cash or insert cash and transfer it to someone else’s Bitcoin wallet.

According to Andrew Barnard, the CEO and founder of Bitstop, Bitcoin ATMs as cash acceptors complement traditional ATMs, which only act as cash dispensers. The move to provide ATMs increases the market to those who were skeptical about the online platforms.

In 2019, there were approximately 7,000 Bitcoin ATMs worldwide. The number continued to rise in 2020 to about 10,000 ATMs. There are currently 600 Bitcoin ATMs in America with plans to add between 100 to 150 new ATMs every month. The goal for Bitcoin of America is that each town in every state has at least one Bitcoin ATM.

To increase the machines’ trustworthiness, Bitcoin of America conveniently located the ATMs in local businesses frequented by the community. Business owners earn revenue from the Bitcoin ATMs through sharing in on the transaction fees for the Bitcoin purchases in exchange for space, electricity, and internet expenses that the machines require.

Businesses that may fail to install the ATMs can alternatively run the Bitcoin exchange services through Bitcoin Tablets. The tablets run the same services as the Bitcoin ATMs.

Getting into the Bitcoin ATM host program is quite an attractive venture for businesses. The cryptocurrency’s demand is rising rapidly, and hosts can rely on this to create increased traffic to their businesses. Moreover, Bitcoin of America advertises the ATMs’ locations on various digital channels, further increasing the exposure of the hosts.

Currently, Bitcoin of America has listed all 600+ bitcoin ATMs on its website. Other websites such as Coin ATM Radar also list the Bitcoin ATMs’ locations both in the United States and globally.