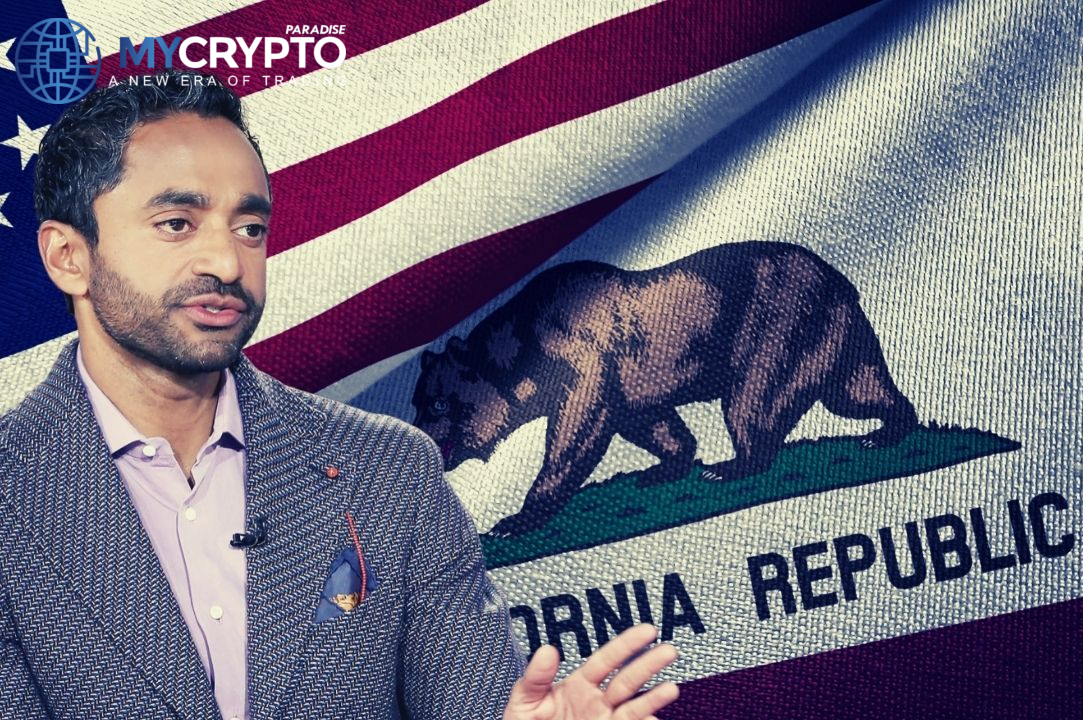 Bitcoin booster and tech investor Chamath Palihapitiya made it clear on Wednesday, 3rd January, in an “All-In” podcast that he is not running for the California governor. The speculation began due to his constant siding with those who were pushing for the ouster of California’s current governor, Governor Gavin Newsom.

Palihapitiya had gone an extra mile to raise speculation of vying a governorship seat a notch when he linked to a campaign website made by his “supporter.” The website, entitled “ChamathForCA,” further cemented the claims that he would run for the office of the governor of California.

The need for a new Governor

Gov. Newsom has faced a lot of criticism due to poor leadership. According to Palihapitiya, Newsom’s administration has seen increased crime rates, high taxes, and poor response to the raging coronavirus pandemic. Palihapitiya also alluded that some people moved out of the state to other states to run away from the administration’s shortcomings.

The shortcomings of Newsom’s administration have led to the efforts to recall Governor Newsom. Palihapitiya is one of the people who have been vocal on the recall of Governor Newsom. He tweeted, “it’s on #RecallGavinNewscom” on 26th January 2021.

Palihapitiya made the revelation that he will not be running for California governor in the podcast after David Sacks asked, “I have an idea, Palihapitiya, how about you run for the governor?” Palihapitiya cleared the air and stated that he was not ready to run for governor since he needed to concentrate on his businesses. He reiterated the importance of one of his projects, a battery project, which he wouldn’t want to shut down to run for the governor. Palihapitiya said that if he ran and were elected, he would work on school vouchers and decrease personal taxes to zero.

It is noteworthy that Palihapitiya could not file the paperwork even if he had opted to run for office since Governor Newsom’s recall hadn’t been initiated yet. For a recall to happen, the recall supporters must submit at least 1.5 million signatures by 17th March 2020. Upon validation of these signatures, the recall occurs in a four-to-six months’ time-frame.