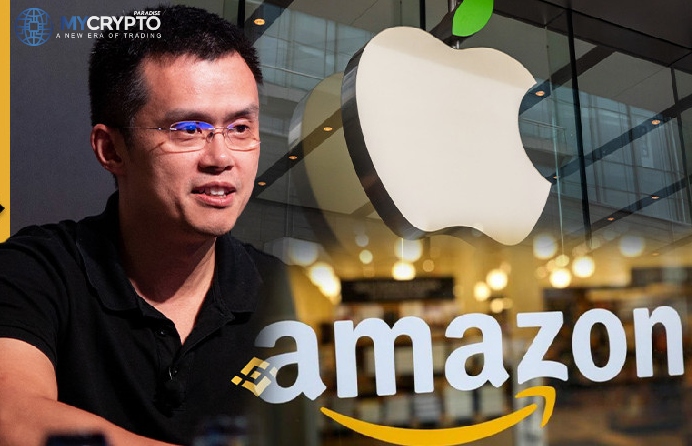 Binance Coin (BNB) can outperform top tech giant firms, including Amazon and Apple, according to a tweet by Changpeng Zhao, the CEO of Binance. The asset’s value has skyrocketed, with expectations that it may continue in that direction, culminating in a market valuation that may approach $1 billion.

A renowned Bitcoiner and Crypto YouTuber, Davinci Jeremie, sparked the CEO’s major reveal when he tweeted that Binance Coin BNB would be greater than Apple or Amazon since it is a stock, a cryptocurrency, and a smart chain.

Despite disputing that BNB is a stock, CZ agreed with the remainder of Davinci’s tweets, stating that it is not a stock but that the rest is correct. Stocks are not required where they are heading.

Based on current market statistics, CZ’s assertion looks to be a long shot.

BNB has a market worth of $64.8 billion at the time of writing, which is incredible in the cryptocurrency business but a far cry from Apple and Amazon, which have market valuations of $2.09 trillion and $1.63 trillion, respectively.

BNB May Be Able To Outperform Apple & Amazon

BNB bulls will have to work extra hard to make CZ’s objective reality since Bitcoin is the only digital currency with a market valuation of $1 trillion.

Despite this, there are reasons to be hopeful. Digital currencies have historically required a shorter time to establish market value than many conventional assets, which have taken millennia.

Similarly, in a much shorter amount of time, numerous leading cryptocurrencies have outperformed several large conventional firms in terms of market value.

Despite BNB’s rapid adoption, CZ’s market dominance, and the development of other Binance-related businesses like the Binance Smart Chain, the asset might surpass the $1 trillion milestones in a few years.