Bank of New York Mellon To Roll Out Bitcoin Services 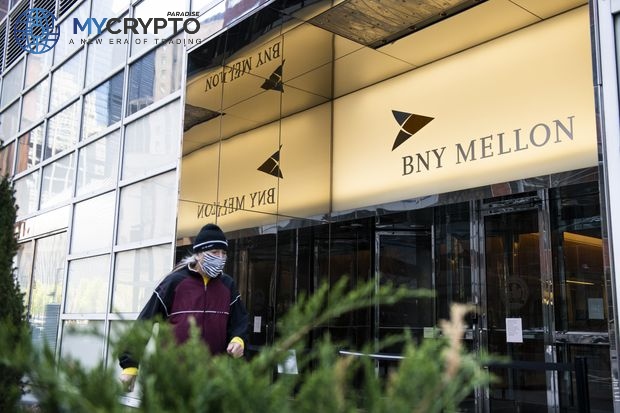 On Thursday, America’s oldest bank, Bank of New York (BNY) Mellon, announced that it would roll out bitcoin and other cryptocurrency services for its asset-management clients. According to BNY Mellon’s asset-servicing business CEO, Roman Regelman, the bank is diving into the bitcoin market, which is fast becoming mainstream.

BNY Mellon’s digital currencies platform is in the works by a team of bank executives under Mike Demissie. The platform is currently in the prototype version, but the bank expects it will start working later in the year. However, Regelman estimated that the full integration of digital assets into the traditional banking infrastructure would take two to three years.

Investors’ Demand Pushed for the Introduction of Bitcoin Services

Bitcoin’s recent new highs have attracted a series of new institutional investors, asset managers, and hedge funds. Reportedly, the bank’s top investors pushed for BNY Mellon’s digital assets services because of the digital currency’s pleasing performance. The bank’s chief executive Todd Gibbons noted that they had observed an accelerated interest and demand from their clients to treat digital assets as the other traditional holdings such as treasuries and stocks. The news of BNY Mellon’s digital currencies services has already shot up shares in the premarket trading rose by 2%.

BNY Mellon Opens the Crypto Market for Other Financial Institutions

BNY Mellon follows the likes of Fidelity Investments who already holds bitcoins for their clients. However, BNY Mellon’s digital currencies services will be the first by a national custody bank to launch it.

The launch of BNY Mellon’s digital currency services is transformative for the industry. Pending increased regulations, most institutions have been reluctant to leap fully into the cryptocurrency scene. However, having players like BNY Mellon making such moves builds confidence for other financial institutions to step into the crypto markets.