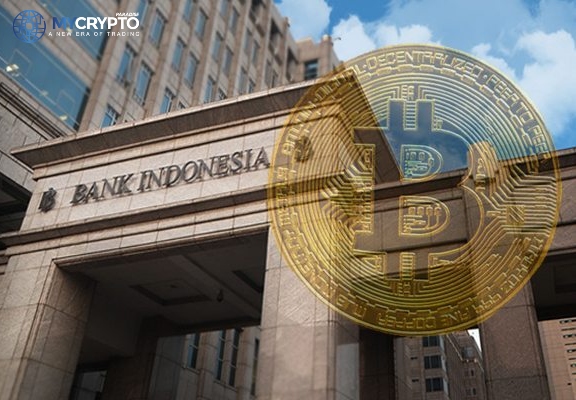 In a virtual lecture, Bank Indonesia Governor Perry Warjiyo stated that the central bank has prohibited Indonesian financial institutions from accepting bitcoin as a method of payment or other financial services instruments.

According to Perry, the restriction is based on current legislation. “Cryptocurrency is not a legal payment instrument under the Indonesian Constitution, Bank Indonesia Law, or Currency Law,” Perry stated at a virtual lecture on Tuesday, June 15, 2021.

He also said that the central bank would deploy field supervisors to guarantee that financial institutions follow this policy.

BI will send out supervisors to verify that financial institutions follow the rules.

Indonesia prohibits the use of cryptocurrencies in transactions while allowing cryptocurrency trading. The instrument was criticized for lacking a basic foundation and unambiguous regulation, as well as being prone to speculation.

Despite the absence of consumer protection, the usage of cryptocurrencies has recently grown in popularity due to the dynamic value this money has in comparison to previous investment products. However, due to the speculative character of bitcoin, Bank Indonesia has decided to oppose its usage.

According to reports, the central bank intends to create its own digital rupiah, which is presently being developed as the Central Bank Digital Currency (CBDC). “This will monitor the economic situation and digitalization environment that Bank Indonesia is pushing,” the central bank’s official Instagram account said on May 30, 2021.

The fact that the digital rupiah will be issued and managed by a sovereign state is the primary motivation for issuing the CBDC. In addition, this digital currency central bank’s security is also being developed, which will guarantee the safety of its system and its customers.