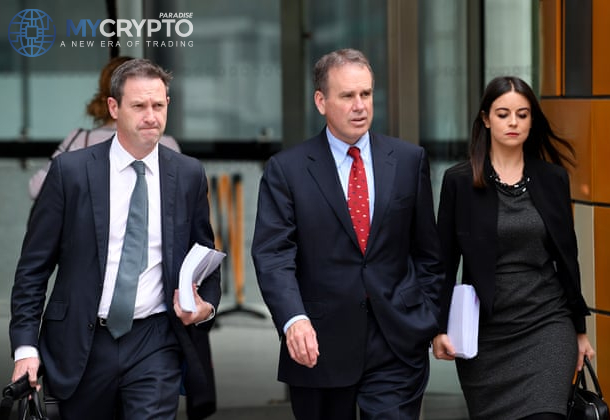 Allan Flynn, an Australian crypto entrepreneur, has gone to court to sue Westpac and ANZ banks for closing his bank accounts without prior notice. The Aussie reportedly incurred setbacks leading to massive losses in his crypto firm. On Monday, local media reported that these occurrences happened after the banks simultaneously pulled down his accounts.

The crypto entrepreneur reported that the bank’s move was against the law as per the records filed at the ACT Civil and Administrative tribunal. He claimed that the bank did not issue him any prior warning or cause before they shut down his accounts.

Allan Flynn owns a crypto exchange registered under AUSTRAC, which has around 450 clients. The bitcoin exchange owner uses the program to aid his clients in buying cryptocurrencies such as Bitcoin.

Not the first time

In the Australian Financial Review, there are revelations that around 20 accounts of the complainant had been closed down in the last three years. These accounts had been opened with more than five Australian banks: NAB, Bendigo Bank, CBA, and ING being in the list.

When Flynn realized that the account closure is not due to cease any time, he had informed the banks that they were for crypto purposes. Flynn argues that after about a year of running, the banks shut down the accounts. He further said that Westpac sent him a message informing him of his account’s closure in five days. He then unsuccessfully attempted to open a new account at Westpac.

The bank answered him, saying he was under investigation for crypto fraud following his inquiries. He said that the bank offered AUD 250 compensation for not giving a “reasonable notice,” which he is yet to receive.

Crypto assets and exchanges are legal in Australia, and banks are not prohibited from working with crypto traders. However, Flynn mentioned that his case is not isolated as there have been other victims of the same.

As per the reports, the accuser demands compensation of AUD 375,000 from the banks. The court hearing is expected to be held towards the end of March. Flynn wants AUD 250,000 for worries and troubles and AUD 125,000 for reputational and emotional distress.

Flynn claims that an ANZ employee told other banks and his customers that he was a fraud.