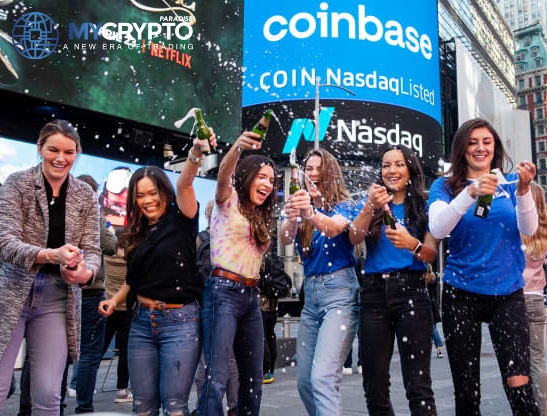 Cathie Wood’s Ark Investment has boosted its investment in cryptocurrency exchange Coinbase’s shares on the third session of its trading on Nasdaq.

On the second trading session, the firm added another 341,186 shares with a value of around $110 million. Cathie Wood’s Ark Investment did not stop there.

On Friday, Ark added another 187,078 Coinbase shares, which were trading at $342 per share. In the three days, Ark shares in the biggest U.S. cryptocurrency exchange Coinbase have grown to a total of over $400 million.

Interestingly, while the New York-based investment management firm is going all bullish on COIN, it is downsizing on its Tesla shares. Ark Investment sold $99.5 million of Tesla’s shares. Nonetheless, Tesla’s TSLA is still Cathie Wood’s Ark Investment’s biggest bet. The decision to cut the stake on Tesla’s shares may be to free up some funds for the Coinbase investment.

Coinbase’s Shares Is A Must-Have for Long-Term Investors

Coinbase’s shares are performing excellently on Nasdaq, thus explaining Ark’s big bet on it. Coinbase’s COIN shot up by 52% on its debut on Nasdaq. On the second day, COIN went up by another 11%, rising to a market capitalization of $100 billion.

The increased adoption of cryptocurrencies into mainstream finance contributes to investors’ bullish position on Coinbase’s shares. The cryptocurrency exchange platform stands to be the primary beneficiary of this accelerated adoption.

Analysts are predicting more price surges for Coinbase’s COIN on Nasdaq. Lisa Ellis, an analyst at MoffetNathanson, predicted that the price of Coinbase’s shares could go up to $600. She added that Coinbase’s shares are a must-have for long-term investors.