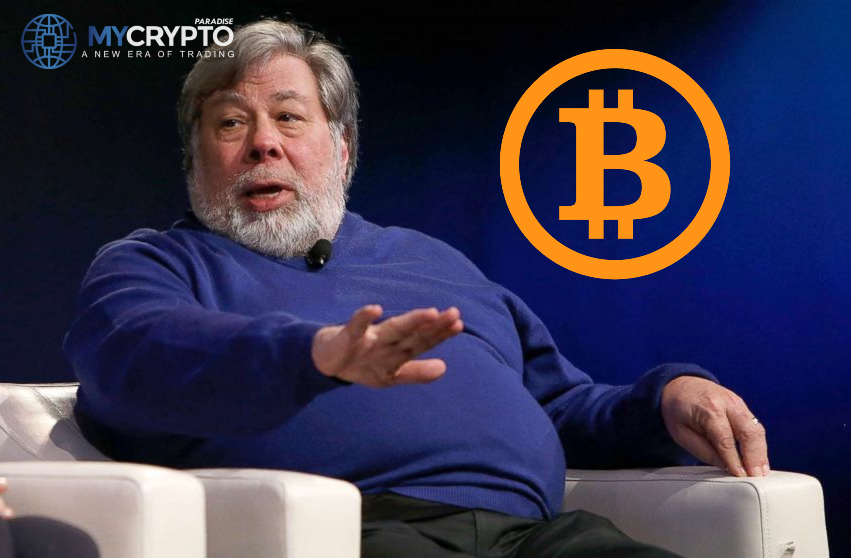 Steve Wozniak, Apple co-founder and ‘Unicorn Hunters’ Circle of Money Investor, said in an interview with Yahoo Finance on October 29 that Bitcoin is mathematical purity and impossible to copy.

Wozniak noted in an interview with Brian Sozzi and Julie Hyman that when it comes to the US currency, the government can create more dollars and borrow; unlike Bitcoin, this can not happen. He added that since Bitcoin is pure mathematics, there would never be another Bitcoin.

Bitcoin vs. US Dollar

The businessman highlighted comparisons between the United States monetary system and the electronic peer-to-peer monetary network. Wozniak appreciates the “science, math, logic, and computer programming” involved in Bitcoin, which he considers “artificial” compared to the US currency.

The programmer behind the original Apple computer also pointed out the decentralization nature of Bitcoin where not a single central body controls it. Not being controlled by a single authority implies that it can maintain a high degree of stability that is difficult to do with the US dollar, where regulators may print new paper notes on the spur of the moment.

Bitcoin, according to Wozniak, does not have a known founder. It is not governed by a firm and is just mathematically pure; he went on to say that he always prefers nature to people.

Bitcoin downside, according to Wozniak

Wozniak, on the other hand, exposed several misconceptions regarding Bitcoin and the human right to privacy. According to Apple’s co-founder, Bitcoin and certain cryptocurrencies offer “a little amount of privacy,” which he does not think is a good thing.

However, Wozniak’s views in this respect may be short-sighted as he ignores the 4.3 billion people living under totalitarian regimes. Bitcoin brings freedom to the masses where such regimes are rendered powerless across the globe by not controlling individuals’ financial freedom.

Wozniak also fails to recognize Bitcoin’s built-in incentives to encourage everyone to use it, as well as the reality that Bitcoin cannot be successfully outlawed.