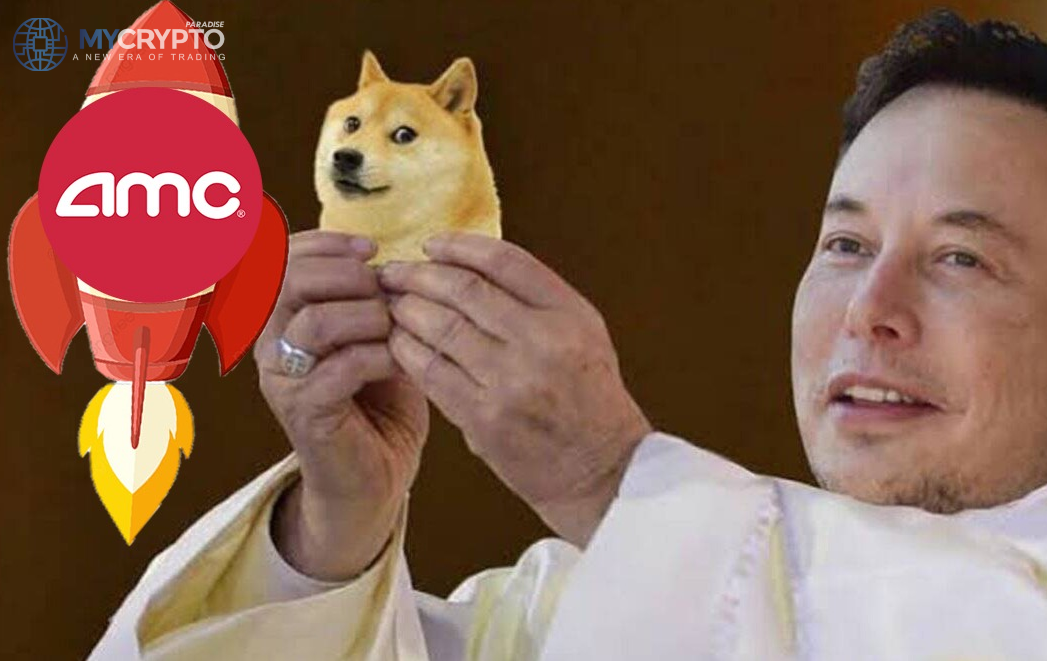 Another rumor is gaining traction, with many followers expressing interest in the meme-based cryptocurrency Dogecoin (DOGE). Due to its widespread popularity, several people on Twitter suggested that Dogecoin be integrated into various characteristics. It is also the seventh-largest crypto in terms of market capitalization.

Despite all of these warnings, DOGE has now taken on AMC Entertainment Holdings, one of the world’s biggest movie theatre chains.

Many Dogecoin supporters have proposed that DOGE be invested in AMC (American Multi-Cinemas) Entertainments. All of this began with Steven Steele, a well-known YouTuber, who posted about it on Twitter.

According to Steele’s tweet, AMC should begin taking DOGE shortly. He also notes that AMC’s decision to include DOGE makes much sense.

On the other hand, Steele is very prominent in the crypto business since much of what he discusses on his YouTube channel is about it. He also has 4.1k YouTube subscribers and 10k Twitter followers.

Despite the market’s focus on Bitcoin (BTC) and Amazon stocks, Steele has shifted his attention to Dogecoin and AMC.

Furthermore, all DOGE fans show their support for Steels’ tweet, with many claiming that if AMC adopts DOGE, it will launch DOGE to the moon!

Views from It’s All Risky

Steele’s post was also supported by the well-known crypto critic ‘ItsALLrisky,’ who has over 174.6k Twitter followers.

Since DOGE’s rise to popularity in the market, ‘ItsALLrisky,’ previously a Bitcoin (BTC) fan, has switched to it.

Elon Musk and Adam Aron, the CEO of AMC, were also mentioned in ItsALLrisky’s tweet. He also demands that Aron create DOGE coin acceptance for AMC since the Dogman, Elon Musk, agrees with the concept.

As a result, ‘ItsALLrisky’ claims that both companies would vehemently dispute mutual advantages if AMC adopts DOGE. Additionally, the value of AMC’s shares will increase in tandem with the price of DOGE.

However, AMC’s stock has been falling over the last two days, so this might be a good move.