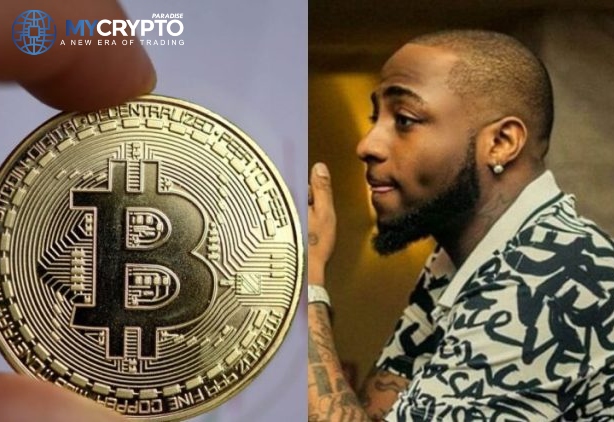 Davido becomes the newest African superstar to venture into digital assets trading. Singer Akon, a Senegalese, is a fellow African celebrity and music superstar who also showed interest in crypto trading a while back.

In October 2020, Davido signed a contract with Bitsika, a Ghanaian crypto payment company.  The terms of the contract had that the Nigerian singer, who has a substantial social media following of about 8 million followers, would market Bitsika’s app. Soon after the partnership was announced, Bitsika received an increase in the number of people visiting their platform. Davido,s tweet must have been informed by BitSika’s success from their partnership.

Bitsika, which currently serves Ghana and Nigeria, reported that it had registered more than 95000 crypto traders, out of which 95% were in 2020. The company processed a further $40 million in the same year.

Likewise, Nigerian crypto players are predicting Davido’s tweet to have the same impact on Nigeria’s crypto industry. According to Chiagozie Iwu, CEO of Naijacryptos, Davido’s decision must have been guided by the growing Bitcoin trends in Nigeria.

Iwu added that this tweet by Davido would trigger a rise in the demand for bitcoin in the country. Unlike the common crypto influencers in the country who have about 40,000 followers, Davido is likely to reach many social media users.

Consequently, a number of the artist’s followers have expressed interest in investing in digital assets, but they shy away, and some do not understand this generally. Some of the followers grabbed the opportunity to sell their crypto identifications.

Nigeria is currently the leading marketplace for cryptocurrency in the African continent and among the largest internationally. With the current high demand for bitcoin in the country, an endorsement from a public figure such as Davido will go along way.