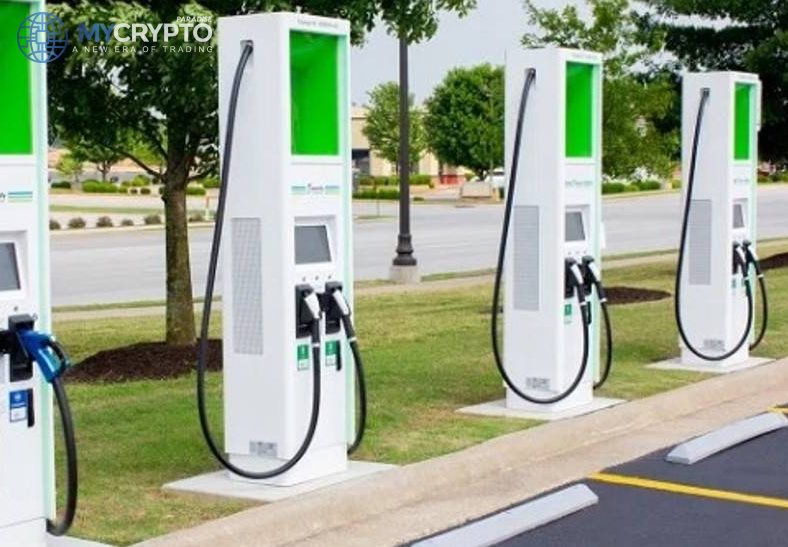 HIPS Payment Group Ltd specializes in providing payment gateway and solutions for businesses. Vourity, on the other hand, focuses on unattended payment facilities like the EV charging stations.

Ethereum Could Be Included Among the Accepted Cryptocurrencies

Vourity and HIPS partnership plan to roll out the crypto payments for EV charging stations starting from November 2021. As of yet, the two firms have not disclosed which cryptocurrency will be included in this feature. Nonetheless, the Swedish firm Vourity dropped strong hints that the second-largest crypto Ethereum will be part of the program. Vourity released an image of a payment terminal that included an ETH logo on it.

As Tesla Shies Away from Crypto, HIPS, and Vourity Promote it Using EV

Giant electric vehicles company Tesla recently had a change of heart on its stand on cryptocurrencies. After making a $1.5 billion investment in Bitcoin and accepting it as a form of payment at the beginning of the year, Tesla dropped its support for crypto a few months later, citing environmental concerns.

While Tesla is shying away from crypto, Irish e-commerce HIPS payment group Ltd and Swedish firm Vourity are promoting it using Tesla’s major product, the electric vehicles. Ironical to Tesla, John Cavebring, the CEO of HIPS, referred to the Vourity and HIPS partnership as forward-thinking. According to Cavebring, crypto payments will make charging convenient for EV drivers.