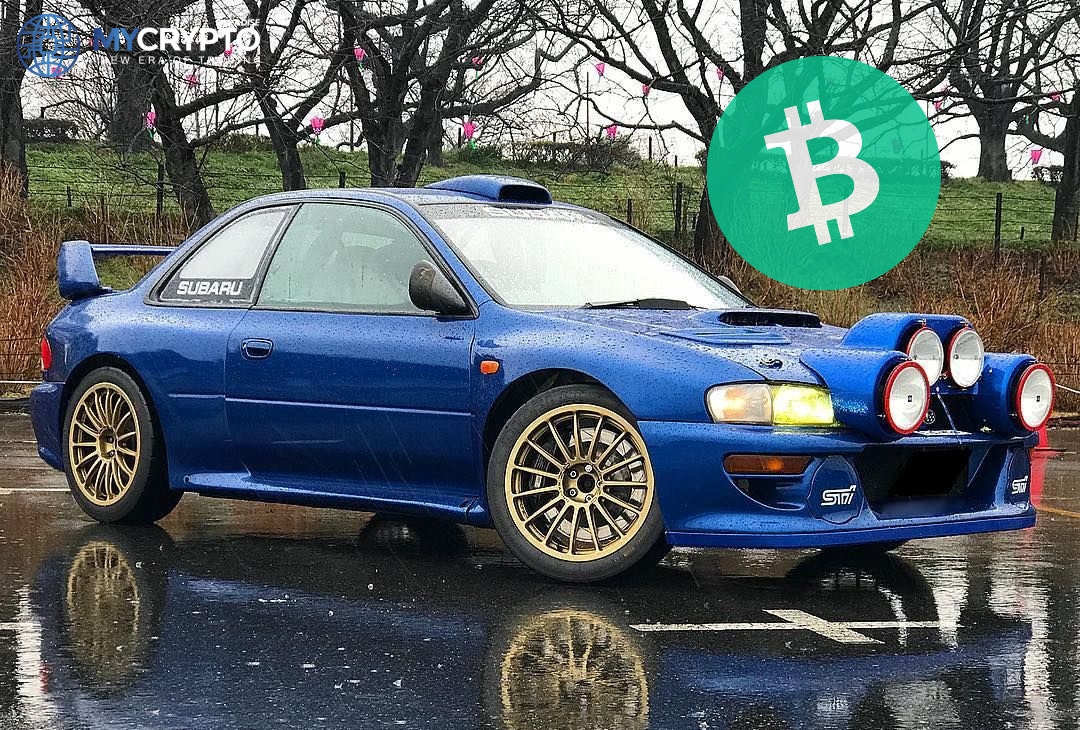 A Subaru Race Car that was discovered to have been used by rally champion Colin McRae was sold for $361,000 worth of Bitcoin.

Subaru’s Price Shot Up Due to McRae’s Attachment

The Bitcoin-bought Subaru, which was in a pretty beat-up condition, was found in a barn in the Aussie state of Victoria, Australia before appearing on Lloyds Auctions. It was a Prodrive Subaru Impreza, a classic WRX, that initially was going for $15,000.

Investigations by ICAARS, an automobile authenticator, uncovered that this old gem was actually a World Rally Championship Vehicle.

Its value further shot up when it was discovered that racer legends like Carlos Sainz and Colin McRae used the Bitcoin-bought Subaru. The classic Subaru WRX was so popular in the 90s that it became one of the iconic cars in the Colin McRae Rally PlayStation. The Prodrive Subaru Impreza’s glory days ended in 1996. Since then it has been collecting dust in the barn in Aussie.

Legendary car racer Colin McRae made several significant milestones in his career. He was the youngest racer to win the World Rally Championship Drivers’ title in 1995 at the age of 27. McRae tragically died in a helicopter crash in 2007. Nonetheless, his name still lives on and holds value as evidenced by the price surge of the classic Subaru WRX after attachment to the racer was discovered.

The history behind the Subaru shot up its value such that it sold for $360,000 worth of Bitcoin to an anonymous buyer.

Jesse Powell, the CEO of crypto exchange Kraken, predicted that soon Bitcoin will be the paramount currency for payment of items such as a Lamborghini car by the end of 2021. As for the end of 2022, the leading cryptocurrency by market cap would be buying Bugatti cars.