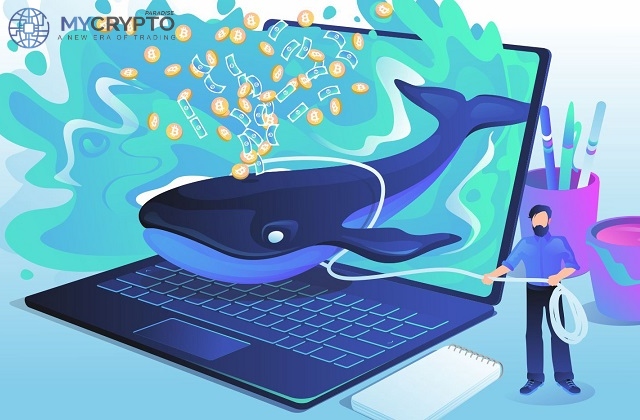 Bitcoin is just the gift that keeps giving. Imagine having a system that allows moving 1.1 billion dollars in a matter of minutes for only $7.3, Amazing right?

According to a report by the latest block explorer data, the massive whale alert BTC transaction distributed the coins to two separate addresses. One wallet with two transactions collected 11,264 BTC, and another with a single transaction collected 34,406 BTC.

News has it that the big whale initially created a wallet on 26th October and received huge amounts of BTC on the same day. In just 42 days, the account had risen to be the 15th wealthiest wallet globally.

The receiving accounts to the massive whale alert BTC transaction have no history of being a crypto company or having had priors in the crypto exchanges space. It is still unsure whether the transfer was for trade purposes or just a change of wallet.

Every crypto transaction has to be recorded in blockchain for it to be deemed as a successful transaction. Supercomputers called miners are responsible for this, and they compute in real-time.

The prioritization and fee payable to any transaction depend on two factors, the type of Cryptocurrency being sent, its size, and the network conditions.

Sending Ethereum currency has a fixed and pre-defined fee. Bitcoin and Stellar, however, have dynamic fees that change depending on the amount being sent.

It would typically cost a fold ton of money to traditionally transfer a billion dollars’ worth of assets. Still, after the elimination of all intermediaries, Bitcoin keeps its transaction fees very low.

Also, with the bull run bitcoin has been experiencing that spiked its price to $23000, most users prefer to hold than to trade. Lower network congestion better explains how a billion-dollar could be transferred by just $7.3.