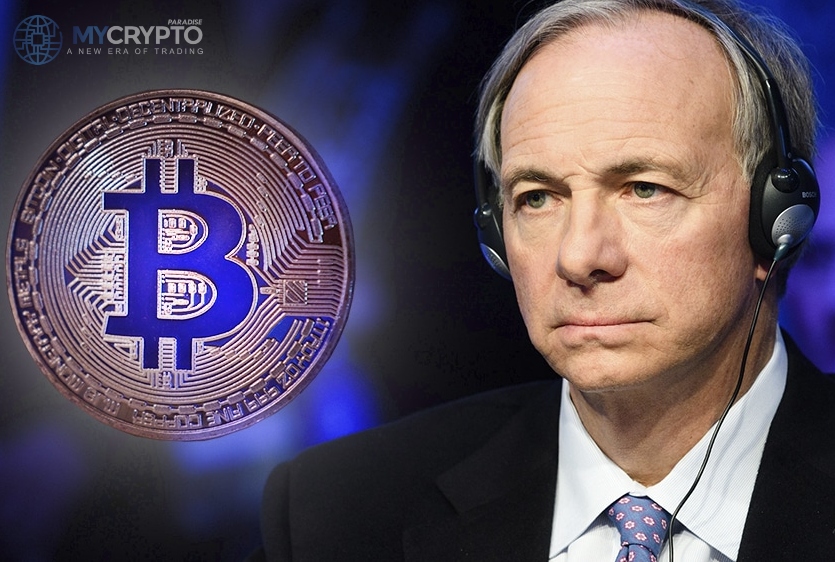 Bridgewater Associates founder and billionaire Ray Dalio recently revealed that his position on leading cryptocurrency Bitcoin is neither bullish nor bearish.

The Crypto Community Incorrectly Labelled Dalio as a Bitcoin Bull

Ray Dalio’s indifference to Bitcoin came to light in a podcast he appeared in recently. Dalio’s choice to be Switzerland as far as Bitcoin is concerned goes against his previous stand last May when he announced he held the leading cryptocurrency. Dalio stated that Bitcoin was the alternative to fiat in a world where “cash is trash” and ridden with inflation.

The crypto community had categorized billionaire Ray Dalio as a raging bull when it comes to Bitcoin. In fact, many viewed his new book on the Evolving World Order as a 550-page advertisement for Bitcoin. Such sentiments may have evoked Dalio’s clarification of neither being a bull nor a bear.

Nonetheless, the self-proclaimed Mr. Diversification still has Bitcoin and some Ether in his portfolio. Echoing the advice of fellow billionaire Bill Miller, Dalio said it was right for investors to hold about 1% to 2% of their portfolio in Bitcoin.

Apart from his indifference to Bitcoin, Dalio also emphasized his warning that governments could ban the leading cryptocurrency. Billionaire Ray Dalio warns that like gold and silver, governments tend to ban anything that threatens the monopoly of its currency.

Bridgewater Associates founder Ray Dalio revealed he was impressed by how Bitcoin has managed to stand the test of time without breaking down. However, he cautions that an alternative to the leading cryptocurrency will most likely emerge as per the nature of evolution.

On the other hand, Dalio believes Bitcoin will never be as valuable enough to replace gold. Moreover, he also does not think the price of BTC could ever reach as high as $1 million.

Dalio contradicts the sentiments of MicroStrategy CEO Michael Saylor who has insisted, on several occasions, that Bitcoin will replace gold. After all, the likes on Michael Saylor and proud pro-Bitcoinaires but, Ray Dalio chooses neutrality.