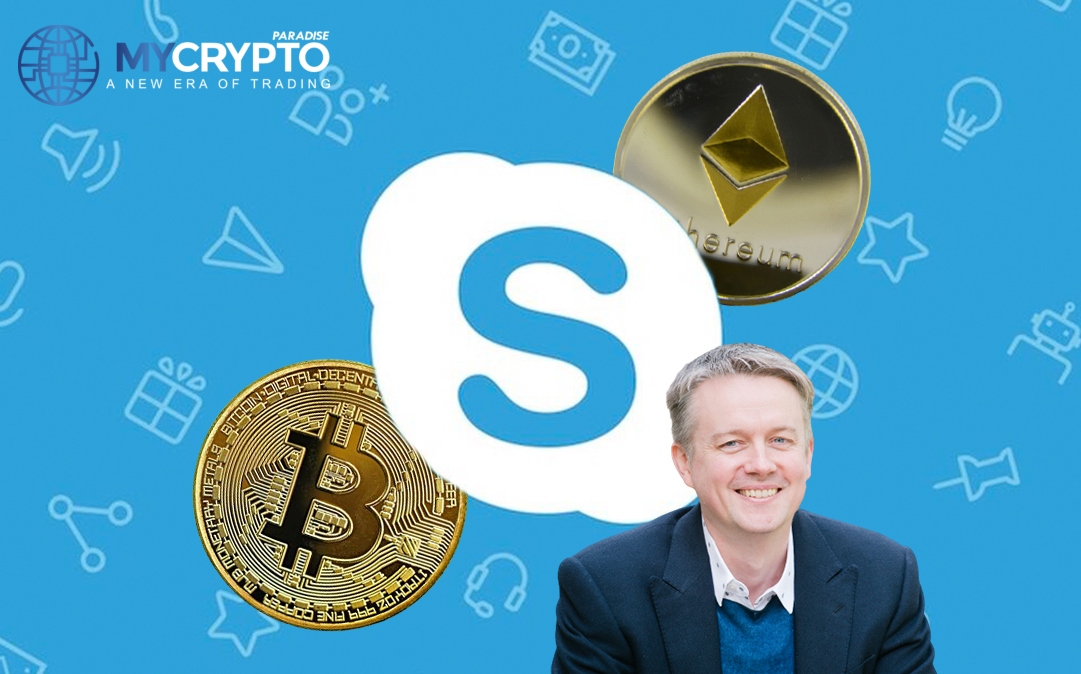 The co-creator of Skype, Jaan Tallinn, has invested a significant share of his private wealth reserve in Bitcoin and Ethereum. On Friday, Fortune further made public that the Estonia engineer, Tallinn, had had some of his capital invested in cryptocurrency for a while now.

In 2005, after the sale of Skype to eBay in a deal worth 2.6 billion USD, Jaan Tallinn had not come up with a different platform or business. However, he has put his capital in other companies that earn him interest, such as a company whose headquarters is in London, Faculty AI, which has majored in machine-learning. Tallinn has funded this company via digital assets at least twice.

Fortune further reported that Metaplanet Holding, Tallinn’s investing corporation, had supported Faculty before and owned about 9% of the company. In January 2018, he presented the company with 350 ETH, when it was valued at about 434,000 USD, but currently is at approximately 160,000 USD.

In early 2020, Skype co-founder made another payment worth 50 bitcoins, which was valued at approximately 316,000 USD. This is per the records in the books of account belonging to Faculty. This value has shot to be worth more than 810,000 USD with the surge.

If the transaction had been made in cash, as most of his holdings are in crypto, it would involve costs involved in making the currency transition. These costs incurred include capital gains tax. This would have lessened the figure invested. Investing in cryptocurrency instead was evident to be the better option as it was economical.

As Faculty was using analog and outdated books of accounts, they had to upgrade pending the receipt of crypto coins. Marc Warner, the firm’s CEO and founder on an interview with the Outlet, said that the firm had to recruit more relevant personnel with knowledge on crypto and crypto account records to perform bookkeeping tasks on crypto.

Faculty has put to market Ethereum valued at 144,000 USD since 2019. It, however, kept a massive percentage of crypto from Jaan Tallinn. Since, Ethereum has depreciated by a considerable margin compared to when it was received, unlike Bitcoin, which is enjoying a rise working to Ethereum’s 2018 level.

Good information. I previousally to spend alot of my time sailing and watching sports. It was probably the most memorable time of my past and your info kind of brought back me of that time. Thanks

Usually I donâ€™t read post on blogs, but I wish to say that this write-up very forced me to try and do so!