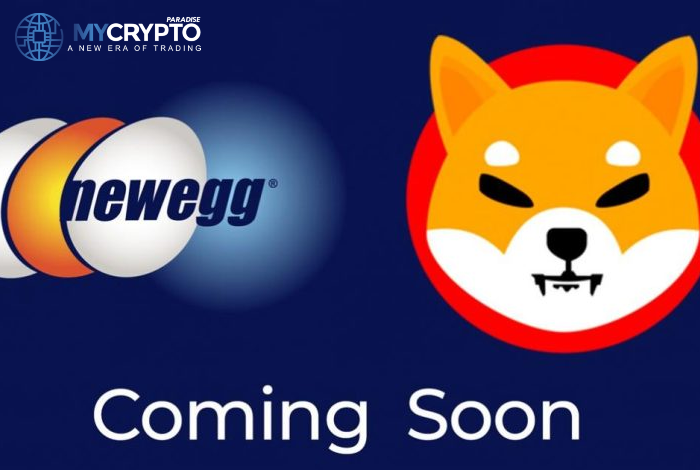 Another mainstream firm has accepted meme coin Shiba Inu. Retail giant Newegg has announced on Twitter that it will start accepting the Dogecoin killer starting this cyber Monday.

Computer and electronics retailer Newegg announced that Shiba Inu payments will soon be accepted on the platform. The retail giant is joining the likes of NOWPayments, which already allows its merchants to accept SHIB. Additionally, movie chain giant AMC also announced its plans to start accepting Shiba Inu payments next year.

Computer and electronics retailer Newegg has always been a supporter of cryptocurrencies. The company added support for leading cryptocurrency Bitcoin back in 2014. Earlier in April this year, it added meme coin Dogecoin. Now, the retail giant accepts a total of 11 cryptocurrencies.

Newegg’s Shiba Inu payments will expose the digital currency to the retailer’s wide audience. The tech-focused e-commerce platform has acquired its highest market segment in North America, and also has a global reach in Europe, Asia Pacific, Latin America, and the Middle East.

Computer and electronics retailer Newegg focuses on tech products such as automotive parts, PC components, laptops, computer parts, gaming systems, and office supplies. With the addition of SHIB, customers will now pay for their desired products using the meme coin.

Newegg’s Shiba Inu payments was first hinted at last week. Newegg tagged two major Shiba Inu accounts on Twitter and requested them to send a direct message. Of course, the very attentive Shiba Inu community on Twitter noticed this and the rumors started.

Customers can Use Shiba Inu Payments this Cyber Monday

Retail giant Newegg did not officially reveal the date of the launch of the Shiba Inu payments. However, a SHIB’s volunteer project lead went on to provide additional information in a blog post on the upcoming Shiba Inu Game.

The volunteer stated that with the new FriendSHIB customers can use SHIB for purchase this cyber Monday.

← Prev: Celsius Network CFO among Those Arrested with Moshe Hogeg Next: Kevin O’Leary’s Invests in Crypto Only After Discussions With Regulators →