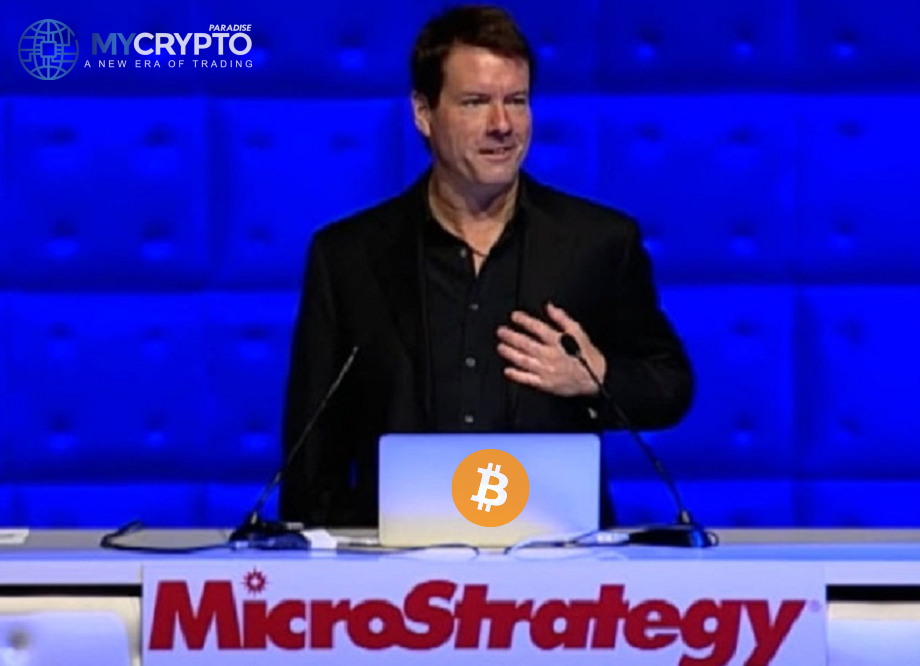 MicroStrategy CEO Michael Saylor is convinced that there has been a lot more institutional Bitcoin adoption. According to Saylor, fiat currency volatility in Turkey, South America, and Africa indicates that Bitcoin awareness has increased.

MicroStrategy CEO Michael Saylor stated that Bitcoin had matured considerably in the past 12 months. He also predicts that there will be 24 publicly traded Bitcoin miners by the end of the quarter, adding to the number already existing.

Saylor also proposed alternative ways for investors to increase exposure to Bitcoin. The MicroStrategy CEO says his business intelligence firm’s stock MSTR is a better alternative than other exchange-traded vehicles exposed to Bitcoin.

MicroStrategy CEO Michael Saylor took the opportunity to sell his company in an interview with Bloomberg. He argued that MicroStrategy does not charge any fees for investing compared to other bitcoin future exchange-traded funds like Grayscale. Additionally, with its collection of nearly 125,000 BTC, business intelligence firm MicroStrategy boasts more exposure to the leading cryptocurrency.

As for MicroStrategy’s plan for the future, Saylor said the firm would continue buying Bitcoin. Additionally, the firm is looking into alternative methods to make future big bitcoin purchases. According to Bitcoin bull Michael Saylor, the most viable one is generating yield off the 110,000 Bitcoin that are currently unpledged.

Alternatively, MicroStrategy can borrow against the 110,000 Bitcoin and reinvest the funds into bitcoin. However, Saylor clarified that the company had not made any final decisions yet.